Last week, at the N21 Festival, Clare and I met up with the police.

It came about through Twitter. In a discussion between Better Streets and others, Winchmore Hill police tweeted that intimidated/insecure cyclists should wear hi-vis and a helmet on busy roads. 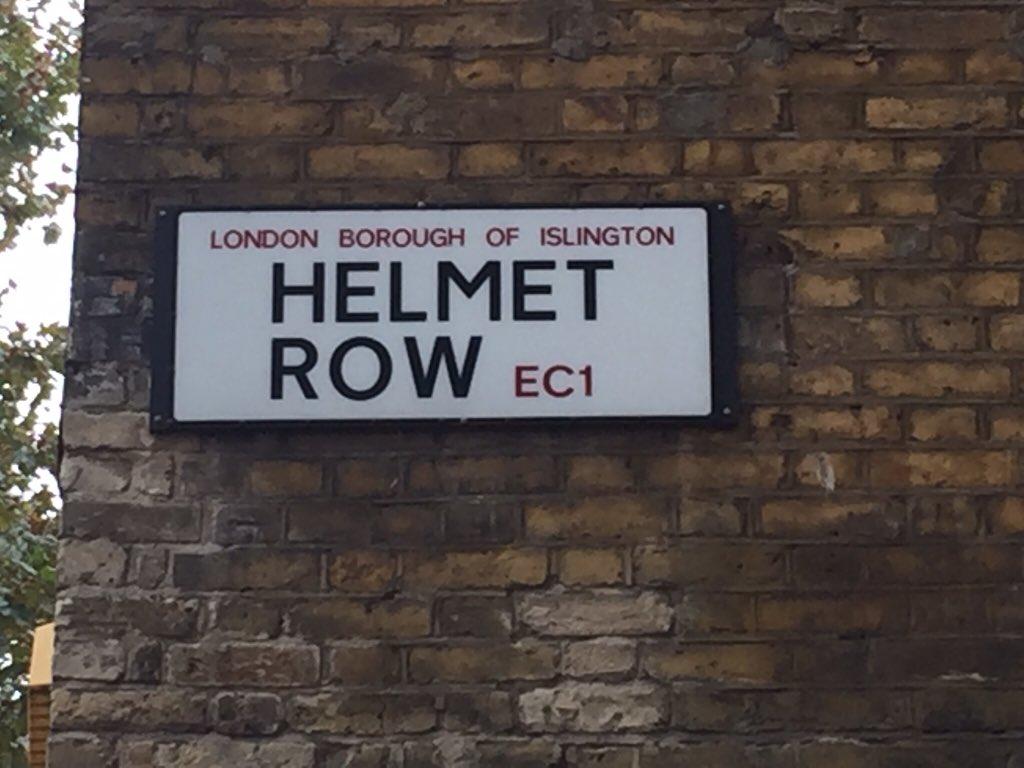 This didn’t go down well on Twitter among those who cycle.  Of course there’s nothing wrong with wearing a helmet and hi-vis on a bike – but this well-meaning advice appears to put the onus for safety on the cyclist, rather than those driving two tonnes of metal at speed in the same road space.  It’s frustrating because when cyclists report incidents such as drivers using mobile phones at the wheel, close passes, verbal abuse, or even physical abuse simply for riding a bike, the police response can be non-existent. So it’s hard not to see it as victim blaming.

There followed a series of tweeted responses – some funny and some quite serious – but I found that 140 characters wasn’t enough to explain the problem and said so. I then got a reply saying why not meet up at the N21 Festival? Clare and I went along, and we met Antony Rivas, Police Community Support Officer for Winchmore Hill. Antony not only cycles on patrol, but does all the cycle training for the Enfield Metropolitan Police Service (MPS). He know first-hand how intimidating it can be when people drive dangerously around you on a bike.

It turned out that Antony was a bit shocked at the sheer number of tweets he got in response to his helmet/hi vis tweet – he said there were over a hundred notifications each time he turned his Twitter app on. Of course, there are probably good reasons that he thinks so highly of helmets and hi vis. Having done the MPS cycle training, he will have had the helmet and hi vis message drummed in. I don’t need to enter into that debate – whether you wear a helmet or not is a completely personal decision – but it’s not as straightforward as ‘wearing a helmet will save your life.’ It can, but there are negatives to wearing them too,  such as risk mitigation or  encouraging close passes. 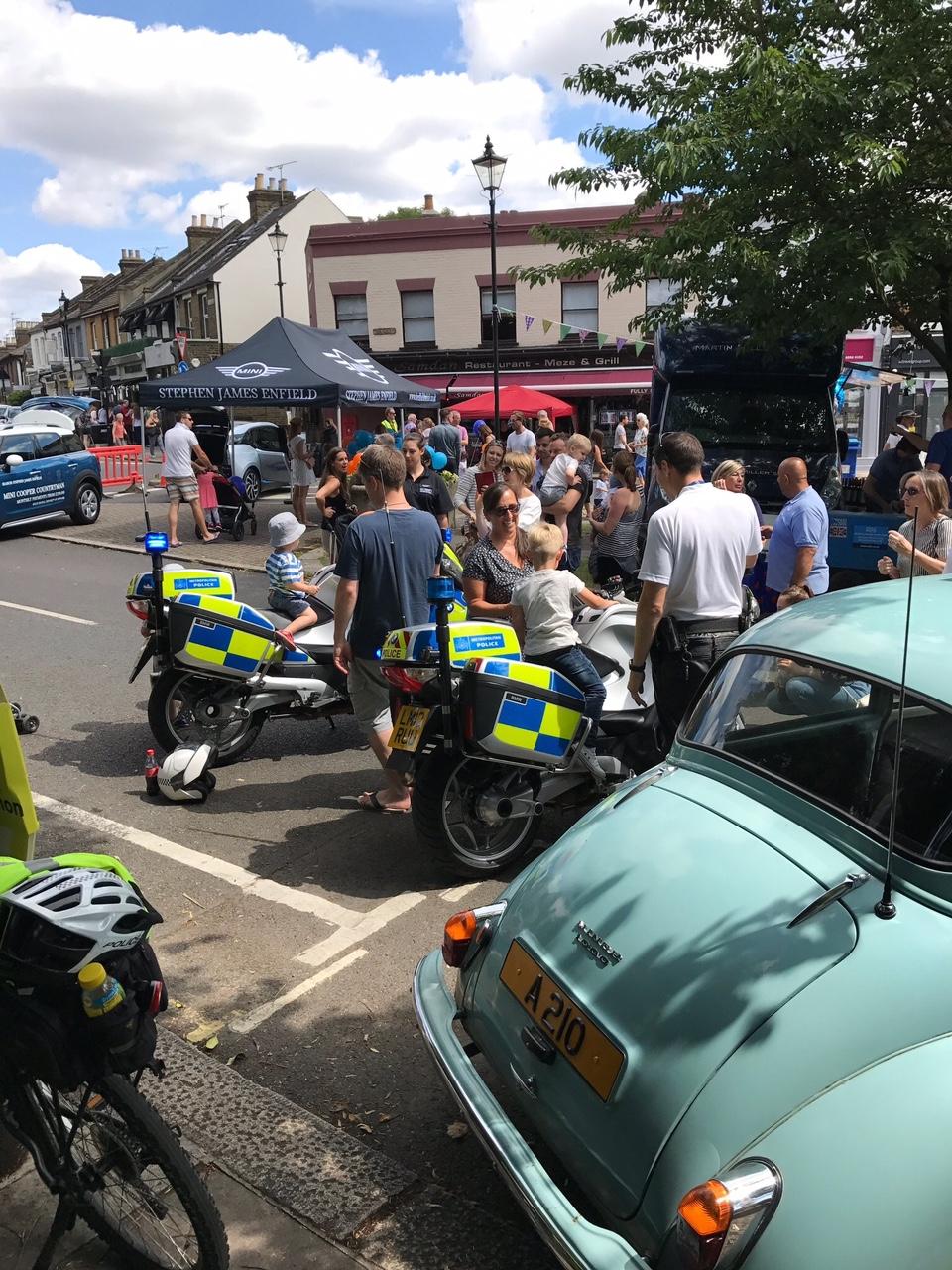 The conversation moved onto the inspiring work of the West Midlands Police  and their Close Pass Initiative. This involved the police pulling over drivers who passed plain clothes officers on bikes too closely – in other words, by less than 1.5 metres – and educating them. They produced a mat showing what the safe passing distance is, and how far from the kerb someone riding a bike should be (75cm). This comes as a surprise to a lot of drivers.

Antony is keen to educate drivers, and we discussed which roads on his patch have the worst reputation for drivers passing cyclists too closely.  By the end of the meeting, he was planning to get together with his sergeant and organise a day of education on one of those roads – good news indeed. I thought a close pass mat would be useful. A couple of months ago Cycling UK crowd funded for some of these mats to be distributed to any police forces around the country that wanted them. Disappointingly, the Met didn’t want any – so when I contacted them they were very happy to send a mat to PCSO Rivens. 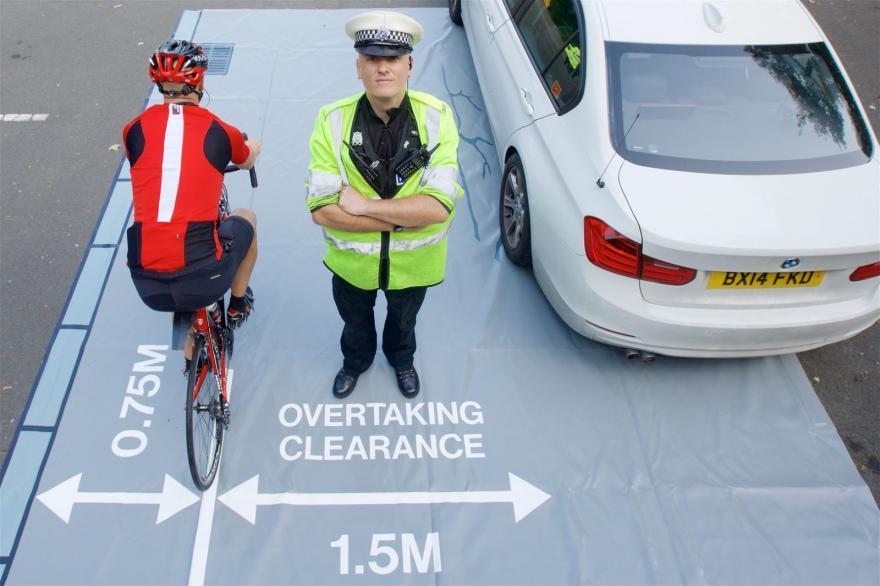 The MPS have just been issued with body-worn cameras, and our PCSO was keen to demonstrate how useful it is. It works by continuously background recording video and audio in thirty second loops – these loops are usually recorded over. If an incident kicks off, you press the central button twice and the camera stores the last thirty seconds and keeps on recording.  Antony is keen to use this to gather valuable evidence  of close passes by vehicles when he cycles on patrol, but it is still a relatively new bit of equipment.

Having felt let down by the police many times as a cyclist, I found Antony’s approach heartening. Like the West Midlands Police, he is keen to protect rather than blame vulnerable road users.