April 25, 2017 / admin / Comments Off on Enfield politicians not listening? We attend Enfield Council meeting to find out

Better Streets for Enfield attended the Enfield Council meeting on 6 April. We sometimes go to council meetings if  better streets are on the agenda, but on this occasion it was because the Conservative opposition had tabled a motion called “The council’s Labour administration isn’t listening”. Having attended the meeting, I feel we should re-name it “Anti-cyclist campaigners aren’t getting their way and are cross”. 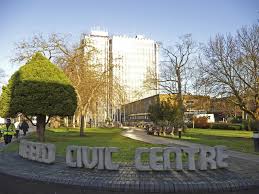 The whole motion was a thinly disguised attack on Cycle Enfield (or what was called Mini Holland). Having said that, I think there are some important points to be made. If the works aren’t being carried out properly and there are too many barriers hemming in the businesses – that should be discussed. It was brought up but not much discussed – instead there was an awful lot re-hashed from previous meetings. Enfield Council have been through the courts over the consultation more than once – and won. Even Conservative opposition Leader Terry Neville admitted the A105 consultation was done “correctly” when he appeared before the Overview and Scrutiny Committee for the Enfield Town scheme. So it was a proper consultation – the results are not what the anti-cycling campaigners wanted to hear – but that is not a point to bash the council with.

Labour Cllr Vicki Pite made a very strong point when she  reminded us yet again that originally this scheme was a cross party scheme, and the council have broadly followed the same plan as initially put forward. The only time it has deviated is in response to a consultation – an example being the Enfield Town design. She quoted Cllr Joanne Laban, the Shadow Cabinet Member for Environment, writing in 2013 in support of the Mini Holland bid. The quotes very powerfully conveyed the benefits the scheme: 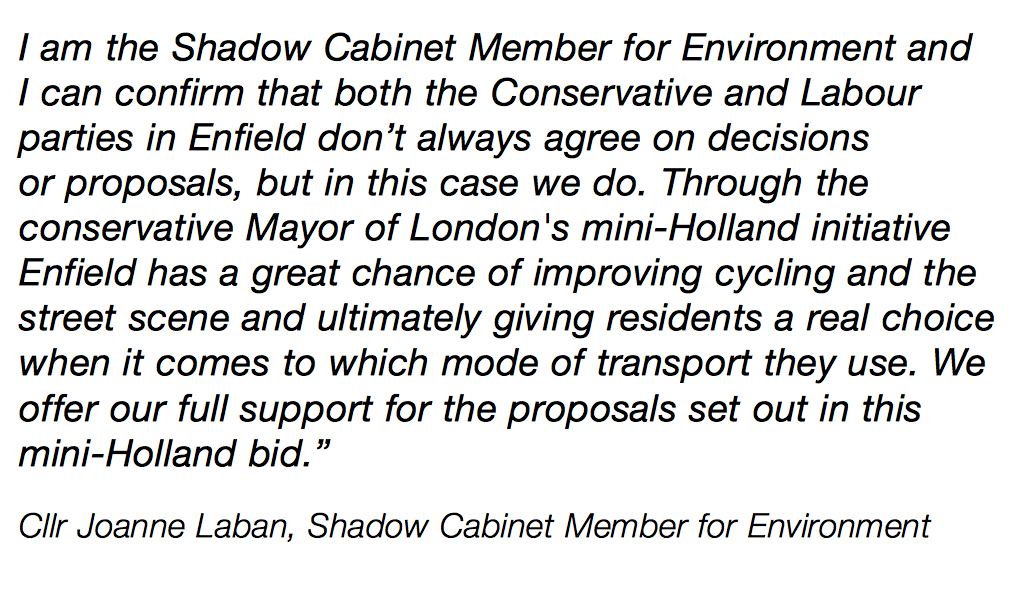 This was going to encourage more people to walk and cycle. Cllr Pite asked why the Conservative opposition no longer supported the scheme and the response was that they would still be…. if the consultation had been done properly. I refer you to the above – that the consultation was done properly. The reality is this looks like political opportunism by the Conservative opposition. 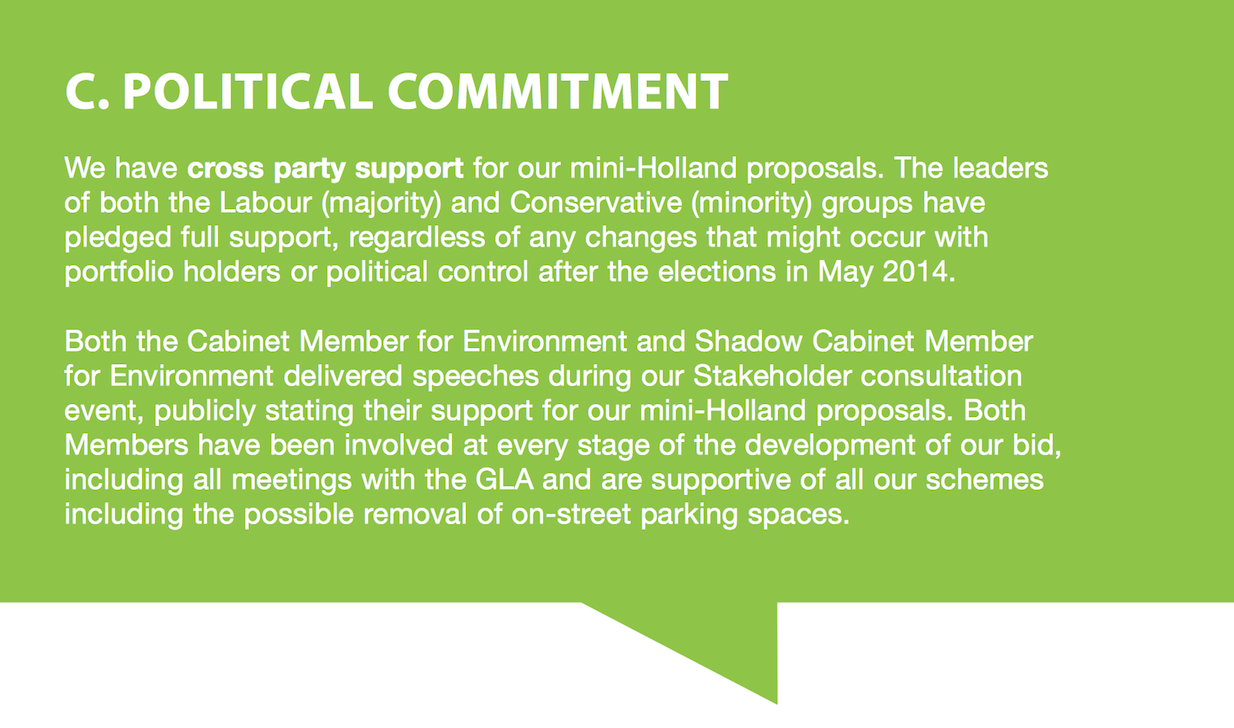 Terry Neville also mentioned a letter they  had received from TFL. Of course the money is coming from TFL and has their full support. In reality while it has their full support it is up to the local council to design and build the infrastructure in consultation with the local people – why would we want it any other way?However Cllr Neville disagreed and said he has a letter from TFL distancing themselves from the project. Distancing themselves? Or just letting the council get on with building the infrastructure with their full support?  It is true that Sadiq Khan hasn’t been to visit the works, but why would he as nothing is finished?

Other than that there were lots of councillors scoring party political points. At times the Labour administration turned the tables on the opposition by pointing out that Labour do more forums than the Conservatives – 11 to 7 in one ward, for example. Another example was that people are contacting Labour councillors in Conservative wards because they cannot contact Conservative members. I have no idea where the truth lies, but it didn’t seem much like the Labour politicians are not listening. Another point Vicki made was the abuse of our local politicians. Clearly she directed this at Save Our Green Lanes, and Helen Osman in particular, who was in the public gallery – not mentioned by name but we all knew whom she meant. By all accounts the councillors are still putting up with people screaming and shouting at them. Why? Politicians are elected – if you don’t like what they do, throw them out in 2018. A point that, at least, Cllr Terry Neville was keen to make.

The public gallery was busy but not full. Probably evenly spread between the two sets of campaigners – maybe slightly more anti-cycling campaigners if the clapping was anything to go by.

You can read the original Mini Holland bid document here.