Is your neighbourhood affected by too much traffic? If it’s fast or heavy enough that you wouldn’t feel confident cycling in your area,  crossing your own road or letting your child play on the street, then this is for you.

Enfield Council are asking what we think of our residential streets and neighbourhoods for its Quieter Neighbourhoods scheme. The aim is to make our neighbourhoods better for walking, cycling, play and sense of community. The perception survey is here. (The survey has now finished for Palmers Green, Bush Hill Park, Winchmore Hill and Grange Park – look out for draft designs for these areas – but your views are still needed if you live elsewhere in Enfield.) 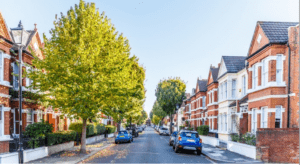 The perception survey asks about traffic problems in your neighbourhood and what you think would improve them. Here are things to consider in your answers, to put in your own words if you agree:

For concerns, make it clear how heavy or fast traffic affects you – such as not feeling safe crossing the roads or cycling in the area, or letting children play in the street, or walk or cycle to school.

For suggestions (questions 8 and 10), ask the council to reduce the amount of traffic, not just speed:

(To find out more about filtering and why we suggest it, see below.)

Other suggestions to slow traffic and improve your street: 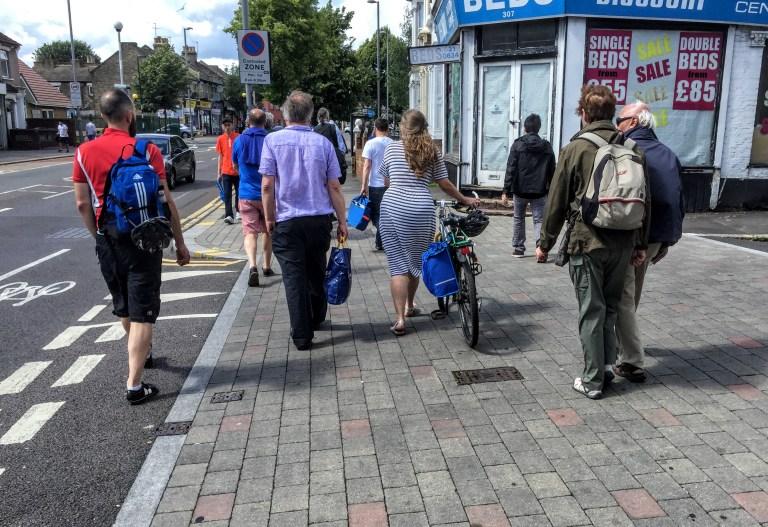 Here’s the link to the survey again.

Is there even a problem with our streets?

Some people feel that our residential streets are just fine the way they are. However, if you have any of the concerns listed above – such as not feeling safe crossing roads, or cycling in your own neighbourhood – traffic is affecting your quality of life. Here are some of the ways residential street traffic impacts us (or jump straight to our suggested solutions):

Many of us in Enfield live on residential streets that attract a lot of non-resident traffic, passing through to shave seconds off their own journey, for instance on their way to the North Circular or A10.  With sat navs guiding drivers on the shortest possible route, this problem isn’t going away, and putting up a 20mph speed sign or narrowing the road entrance will not stop it (while these measures are of course welcome for reducing speeds). And one-way streets can simply encourage speeding, since there is no risk of oncoming traffic to discourage it.

So our streets have become conduits for traffic and places to park, rather than a place to chat to neighbours or for children to play safely. The dominance of traffic is such that most adults would not consider cycling even in their own residential neighbourhood, and those that do report bullying by some drivers who seem to feel they own the road. Traffic also affects community: studies have shown that the more traffic there is, the less people know their neighbours.

Children and the elderly 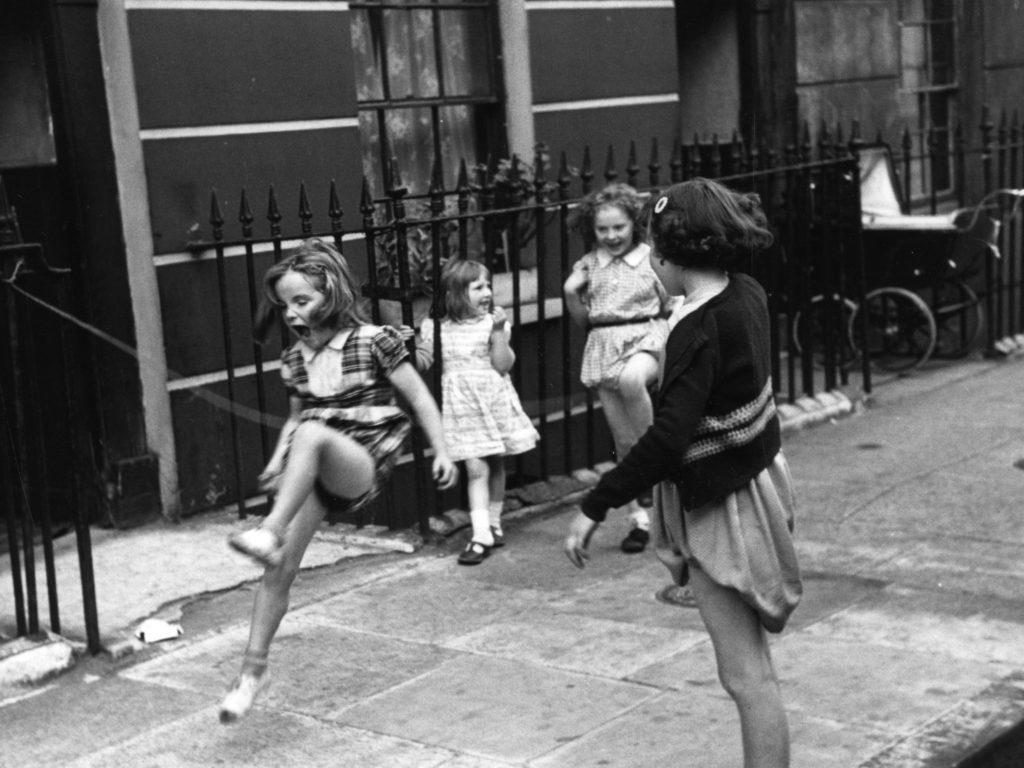 No longer a common sight on our streets

Children hardly ever play on Enfield’s streets these days, compared to the 1960s or 70s. Nor do you see children walking or cycling independently to school or to see friends. Parents’ (well-founded) fears of traffic danger have led to the majority of children being driven or escorted by parents on public transport, so that many have lost their independence completely, as well as some much-needed exercise. Meanwhile, in the modern-day Netherlands, roads are so safe for walking and cycling that children have kept their independence, with 75% cycling to secondary school. Is it any coincidence that Unicef found Dutch children to be the happiest in the world? Of course, streets designed to work for children work for many others too – so at the age of 65 and above, Dutch people are still cycling nearly a quarter of all their journeys, enjoying their independence and getting plenty of exercise to boot.

Getting enough exercise and fresh air

With traffic dominating our residential streets, neither walking nor cycling are attractive options for getting around our neighbourhoods. For those who own cars, driving presents itself as the safest and most convenient option. As a result we’re simply not getting enough exercise. “More than 40 per cent of Londoners do not achieve the recommended 150 minutes of activity a week; and 28 per cent do less than 30 minutes a week” writes Will Norman, in the Mayor of London’s report on Healthy Streets for London. For those without cars, cycling could potentially be a healthy, cheap way to travel – except that most Enfield residents don’t feel their neighbourhood streets are safe enough, even for an adult, to cycle on. Cycling is reserved for the fit and the brave. Having the new cycle lanes on main roads won’t get people on bikes unless it’s safe to cycle to them – on quietened residential streets. 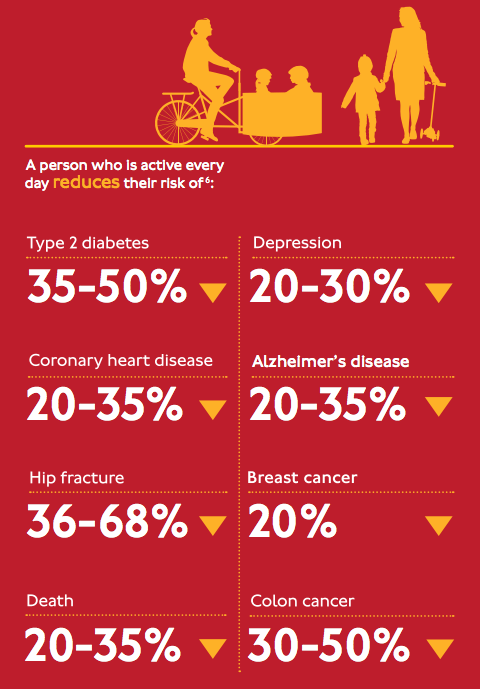 From the Mayor of London’s Healthy Streets for London report

Meanwhile, air pollution caused by excessive traffic on our roads is a serious health concern, linked to the death of 9,400 Londoners a year.

A solution that works: cut the through traffic 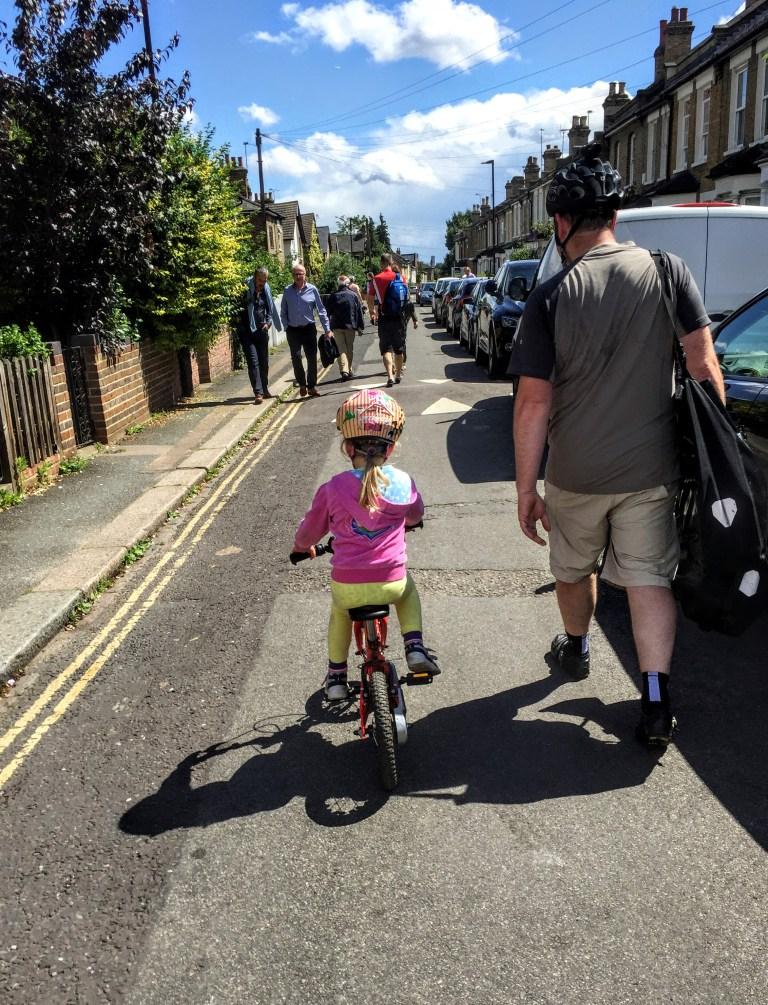 This road in Walthamstow used to be a rat run – after filtering, a child can cycle on it

As Better Streets we feel that the solutions lie not just in calming traffic speeds on the streets where we live, but reducing traffic volume. As in the Netherlands, residential neighbourhoods should be a network of streets where walking, cycling and play are prioritised, and drivers are ‘guests’, entering only to access streets their own street at slow speeds. Enfield’s Quieter Neighbourhoods programme is the ideal opportunity to civilise our streets in the same way.

Waltham Forest has recently created two ‘low-traffic neighbourhoods’ (and is planning a third). In Walthamstow and the Blackhorse village area, car journeys have dropped by more than half (taking nearby main roads into account), and former rat runs have become havens for walking, cycling and play. Traffic can no longer drive through these networks of streets, but every resident can still access their own street by car. 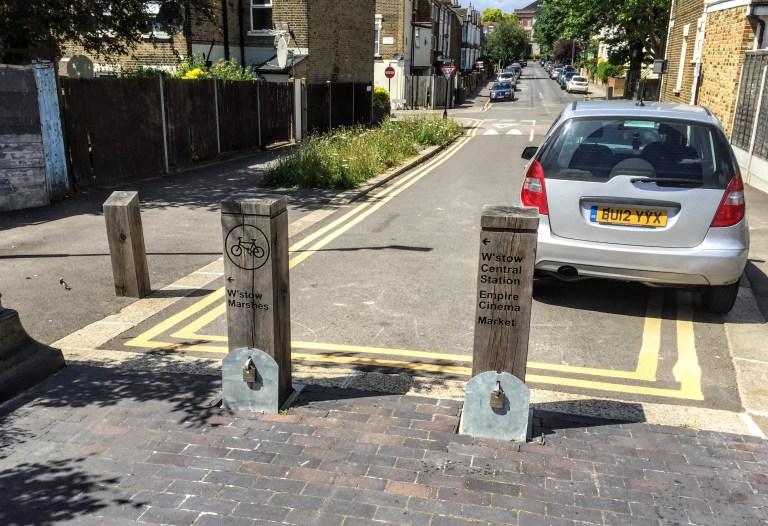 How have they achieved this? The secret is ‘modal filters’. Strategically placed around the neighbourhood, a filter allows bikes and feet through certain streets, but not motor traffic, ensuring that there is no logical, direct way to drive through the whole residential area and deflecting through traffic back onto main roads. Some residents might need to drive via a slightly indirect route to access their own street, adding a couple of minutes to their journey, but everyone can drive to their own street. Most residents agree that this is a small price to pay for much quieter streets and the opportunity to walk and cycle safely.

But won’t that cause gridlock on main roads?

Data from Waltham Forest council found that there was a slight increase on main roads neighbouring the Walthamstow scheme, but not  enough to cause serious congestion (one road had a 3% increase, another 11%). The surprising result was that many cars journeys were not displaced elsewhere, but simply ‘evaporated’. They counted 10,000 fewer journeys a day across the area. That must have made a significant difference to air quality. And it suggests that with much better conditions for walking and cycling, more journeys have switched away from driving. ‘Traffic evaporation‘ is a phenomenon noticed all over the world in similar situations; so is the fact that the more road space given to motor traffic, the more traffic will increase to fill it.

I live on a main road. I don’t want a ‘low-traffic neighbourhood’ on my doorstep!

As we said above, filtering an area to through traffic does not appear to cause a large increase in traffic on main roads. And while main roads or important through routes can’t be filtered, they can still be made better and healthier. Some measures that would improve your street include: better pedestrian crossings, a 20mph limit, trees and other greenery, protected bike lanes (acting as a buffer between the pavement and motor traffic as well as making cycling safe), and seating. These ideas are all included in the Mayor’s Healthy Streets approach and are planned under Cycle Enfield already, but make sure you request this for your own street. Finally, if you end up with a low-traffic neighbourhood or even one filtered road on your doorstep, that’s public space which can benefit you too – it could provide a safe route for you and your family to walk or cycle through, without facing traffic danger or fumes.