December 12, 2017 / admin / Comments Off on Dockless bikes are coming to Enfield

What, you might ask, are “dockless” bikes? Unlike central London’s famous Boris Bikes – which need to be taken from and returned to special docks on certain streets – dockless bikes can be found, and left, in any public place that isn’t causing an obstruction. In theory, you could get off a train in Enfield, find a hire bike right outside the station, unlock it with an app on your phone, ride it home and leave it parked on your street. You’d only pay for the minutes you used to ride it. 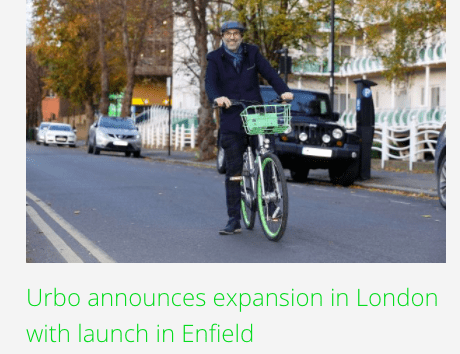 The potential benefits are huge. Better Streets for Enfield is delighted to see hire bikes reach us out here in the suburbs. We hope that more people will feel able to leave their cars at home and use this cheap, convenient and healthy mode of transport to get around – whether to shops half a mile away, or to the station as part of a longer journey. Of course there are potential downsides, such as bikes being left in appropriate places and cluttering up pavements, and this is an issue we would urge the providers and the council to monitor closely.

Last July Obike launched across London – the only problem was that nobody told any of the councils and the bikes were just dumped across the boroughs, including hundreds in Enfield. Some councils took a harder line than others but in the end all the bikes in Enfield were removed. This was a Singapore-based company and by all accounts, while the system for booking the bikes was OK, the bikes were horrible to ride.

Jump forward to December 2017 and Enfield have struck a deal with Urbo, an Irish company. Tom McGovern, co-founder of Urbo, said: “The bikes have proved a huge success in Waltham Forest. With this launch in neighbouring Enfield, it will allow us to provide riders in London with even more flexibility. The council has been pioneering the ‘Cycle Enfield’ initiative, which really strikes a chord with Urbo’s values for healthier citizens and better cycling infrastructure, and we are thrilled to support the scheme.”

Cllr Daniel Anderson, Enfield Council’s Cabinet Member for Environment, said: “This partnership with Urbo is fantastic news for Enfield’s residents. We are already transforming the look and feel of Enfield’s high streets and town centres, and by having a readily accessible supply of hire bikes available, this will go a significant way towards achieving Cycle Enfield’s main aim of increasing cycling participation in the Borough.”

How does it work and what do the bikes look like? 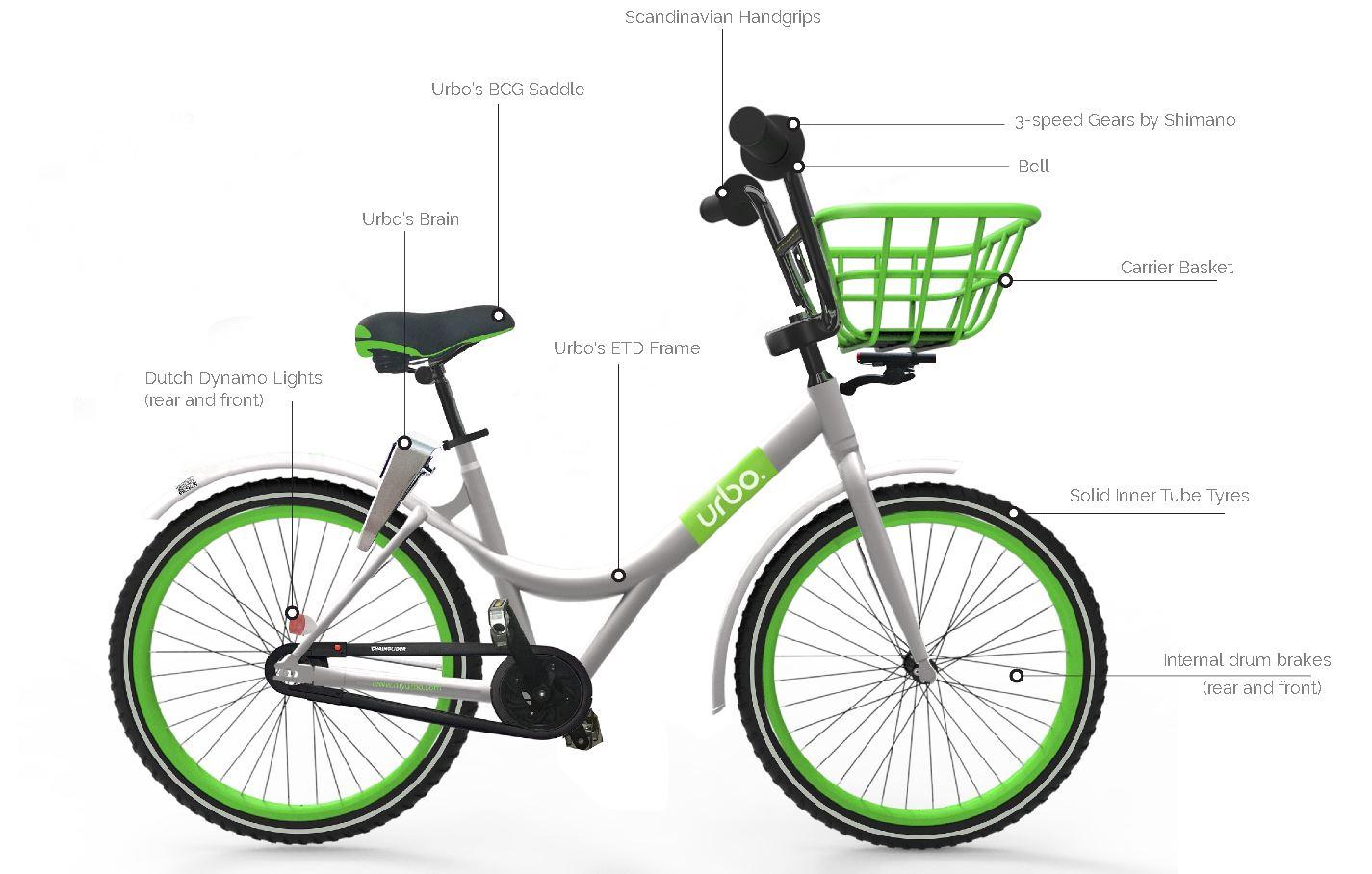 You will need a smart phone to download the Urbo App, and then load some credit onto the app to ride the bike. The app will tell you where the nearest bike is. Each bike has a QR code that you will need to scan in. Once you are set up and sent a code you can punch that in the rear lock and the wheel is released. You can then cycle to your destination, find a “destination point” on the App, put the bike on its stand, click the rear lock and walk away. If you can’t find a destination point, then park the bike at any bike stand or place where the bike isn’t an obstacle (or on private property) .  In theory they are “geo-fenced” so can only be ridden and locked within Enfield (or Waltham Forest) – the exact boundaries are yet to be decided.

Urbo will have eight wardens on the ground at any one time, to make sure bikes are in good working order and not parked inappropriately. They will also redistribute the bikes around the borough by van as needed.

How do the bikes ride?

The bikes aren’t arriving in Enfield until next year and none of the BSfE team have tried one. However they have been set up in Waltham Forest and there is a review of how the bikes work here. They are a step up from the usual Chinese bikes that were dropped over the capital a few months ago. Lighter than the new Santander bikes with the same 3 gears – although it is slightly higher-geared. That could be good unless you need to cycle up Muswell Hill. Also like Santander, the saddle doesn’t go high enough for the tallest riders. Once they start appearing in Enfield we will find out how they ride. That carrier looks useful!

Urbo will start by delivering 100 bikes to Enfield in February.