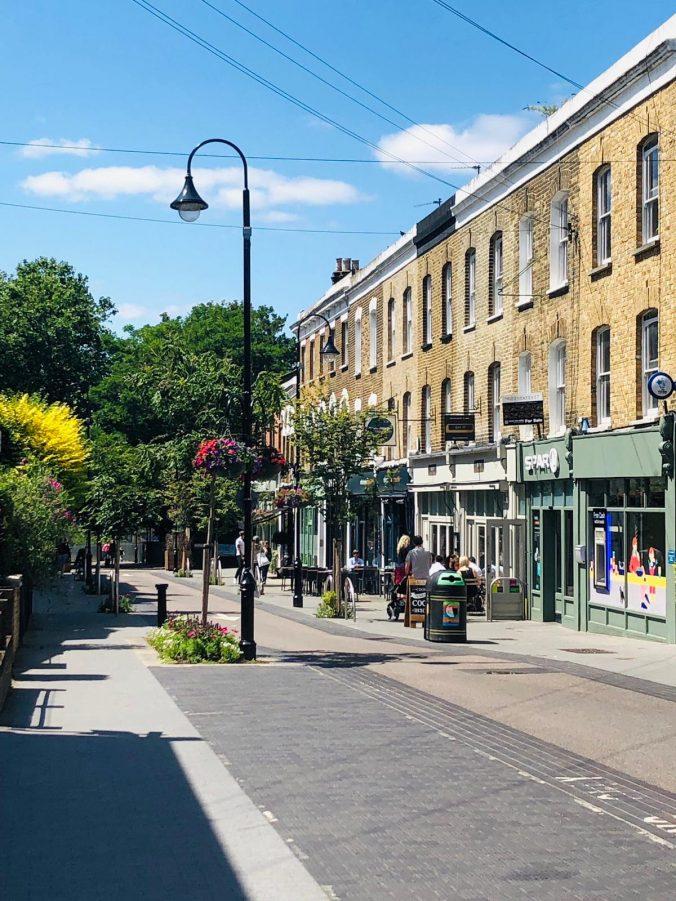 This week Enfield Council announced plans to create “low traffic neighbourhoods” (LTNs) throughout the borough. It says, “The ambition of the Council is to adopt a ‘Low Traffic Neighbourhood’ approach, where ‘through’ motor vehicle traffic is discouraged or removed.”

This is good news

Better Streets for Enfield warmly welcomes this decision: our top campaign ask is to see a low traffic neighbourhood in every ward, preventing through motor traffic from cutting through residential areas and prioritising active travel and residents’ well being over car journeys.

While Enfield’s “Mini Holland” funding from the Mayor has led to miles of new cycle infrastructure, so far not a single road has been closed to through motor traffic. Instead the Quieter Neighbourhood programme has introduced measures like width restrictions and the Fox Lane neighbourhood trial, which the council recognised was ineffective in reducing traffic speed and volume. Meanwhile in the neighbouring Mini Holland borough of Waltham Forest, 40 roads have been closed to rat running drivers since 2014, leading to a significant rise in walking and cycling and a drop in short car journeys and air pollution.

Low traffic neighbourhoods will transform Enfield’s streets. The public health benefits – encouraging more all-age active travel, reducing air pollution and strengthening communities – can’t be overstated. LTNs are also an important tool to reduce greenhouse gas emissions. We therefore hope and expect that the LTN scheme will have cross-party political support at the council; this is not an issue to play political games with.

With expected public health benefits and a reduction in greenhouse gases, we hope the low traffic neighbourhood scheme will have cross-party political support at the council

Deputy leader of the council, Cllr Ian Barnes, has been instrumental in pushing for the LTN approach. He comments on Facebook:

“This will be a great achievement for Enfield and proves our commitment after declaring a climate change emergency. I’m also currently in talks with Extinction Rebellion and Divest Enfield and our task force will meet for the first time before 13 September. Particularly pleased that the young mayor and young deputy mayor have kindly agreed to be part of the task force as their views will obviously be invaluable.”

Which neighbourhoods will be low in traffic?

According to the Cycle Enfield website, the first phase will address three areas: those surrounding Fox Lane N13, Connaught Gardens N13 and Fernleigh Gardens N21. There are no details yet, but the maps on the website suggest that the areas will be treated as a whole and through traffic kept on surrounding main roads. Details will be made available for residents to comment on Fox Lane and Connaught Gardens this summer and autumn.

A second phase will focus on the Bowes Park area, where Better Streets has long supported a local campaign for a low traffic neighbourhood; and the areas surrounding Bush Hill Road and Firs Lane.

A third phase will look at neighbourhoods east of the A1010/Hertford Road and Fore Street in Edmonton and areas surrounding the Hertford Road north of Ponders End. These larger areas will be divided into smaller sub-areas for LTN treatment.