As the local elections approach, a lot has been said about the cycle lanes – with opposition parties in particular accusing the council of using features that are dangerous.

Leaving the politics aside, is there any truth in these claims? Should we be concerned about the dangers of ‘orcas’ and bus stop ‘boarders’? Here are some thoughts from Better Streets.

Are orcas a trip hazard?

Orcas are a type of separator –  lumps of rubber used along the white lines of the cycle lanes to discourage drivers from drifting (or parking) in them. There are reports of people not noticing the orcas as they cross the road, tripping over and hurting themselves. 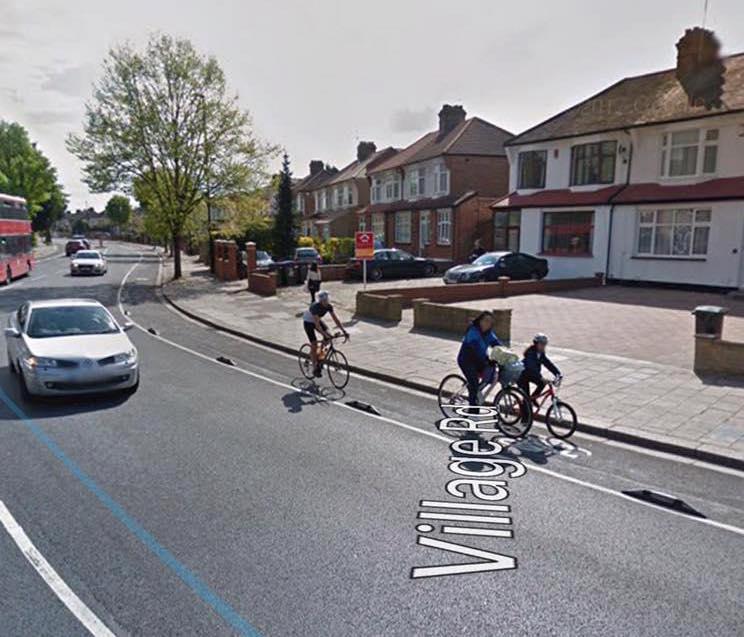 It depends where they’re used

This could also be a case of people getting used to a new road layout; and people do occasionally trip over kerbs, without anyone arguing to remove them. However, orcas can be a trip hazard in some places, and the council recognise that they’re not appropriate where footfall is high – for instance they can’t be found in Palmers Green or Winchmore Hill town centres. On most of the long residential stretches of the A105 where they are used, there is low footfall, so little risk of people tripping over them (as in the image above).  So perhaps the council should assess each specific place where people have tripped, and consider a more visible form of separator, like a wand-orca.

Why not just get rid of them?

What will not improve safety is removing the separators altogether. For long stretches of the A105, the orcas and wands are essential safety features; without them the bike lanes would be nothing more than a painted white line. Decades of experience in London and beyond have taught us that paint does not protect cyclists from traffic, often resulting in tragedy. And you only have to observe the stretches of bike lanes in Palmers Green currently without any separators (wand-orcas are planned) to see how readily drivers park in them, blocking them completely. The real danger – that separators are designed to protect people from – is motorised traffic.

There’s been a noticeable rise in people cycling on the A105 since the lanes were built; people are starting to take up cycling, some for the first time in decades. Removing the orcas would nip that trend in the bud as people would feel too vulnerable on bikes, and Enfield’s population would not get the health benefits of active travel that it urgently needs.

Orcas are a compromise 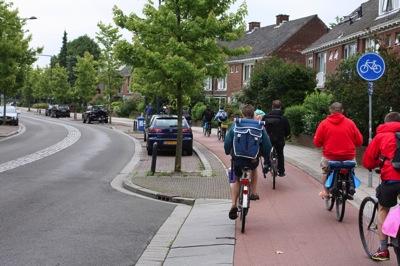 Orcas and wands provide ‘light’ segregation. Ultimately, we’d like to see full segregation on A-roads in Enfield, like the paths you see in the Netherlands. But if Enfield had built Dutch-quality track with its Mini Holland funds, the money could have been used up in one mile of road. The relatively cheap orcas are allowing Enfield Council to stretch the funds over a wider area, creating a network that will amount to more than 20 kilometres when it’s finished.

We hope that the light segregation will encourage enough people to cycle to create a more cycle-friendly culture, and that will lead to improved, fully segregated cycle lanes in the future. 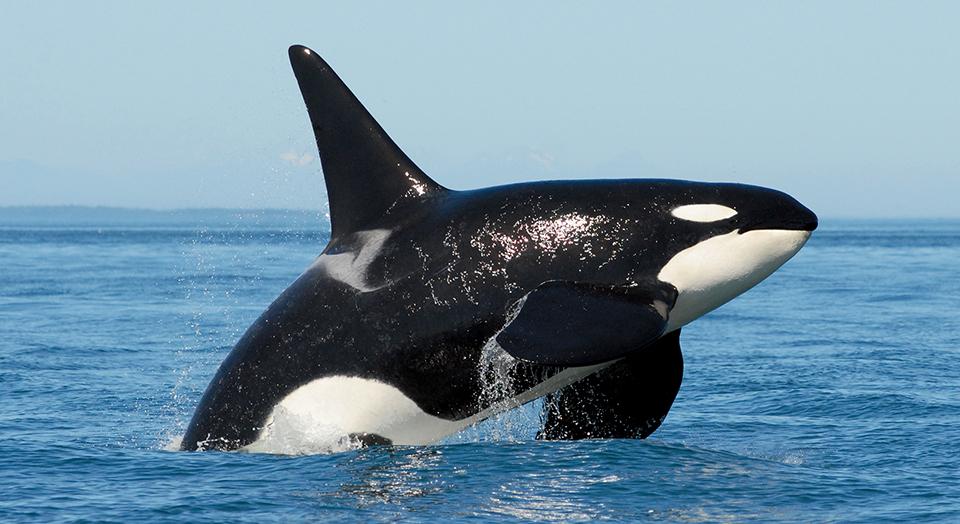 This orca *is* dangerous, on the other hand – but let’s not get rid of it either (image: www.defenders.org)

At bus stop boarders, passengers cross a shared bike/pedestrian strip to get on or off the bus. Concerns about this arrangement are understandable – what if someone on a bike slams into an elderly person or child getting off the bus? Opposition parties have made much of these concerns and are threatening to remove the bus boarders (although it’s not clear where they would find the funds to do so, or the necessary approval from Transport for London).

Again, bus stop boarders are something of a compromise. Bus bypasses are preferable, when the bus stop is on an ‘island’ that passengers don’t share with bikes – the bike lane passes around the back. However, most of Enfield’s A-roads simply don’t have the width to allow this arrangement. That’s where the boarder design comes in. 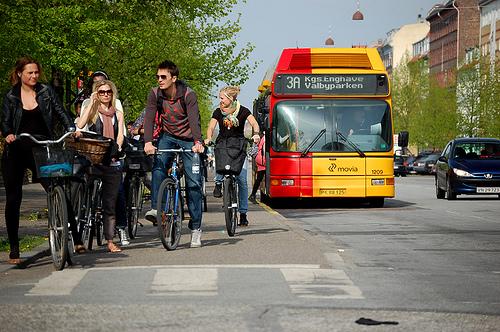 For most of us in Enfield, this seems like a new invention. In fact a few bus stop boarders have been in use in London for years without incident (e.g. Royal College Street), and they are very common in Denmark, where up to 40% of journeys are by bike – so they have a much higher number of bikes passing through them. 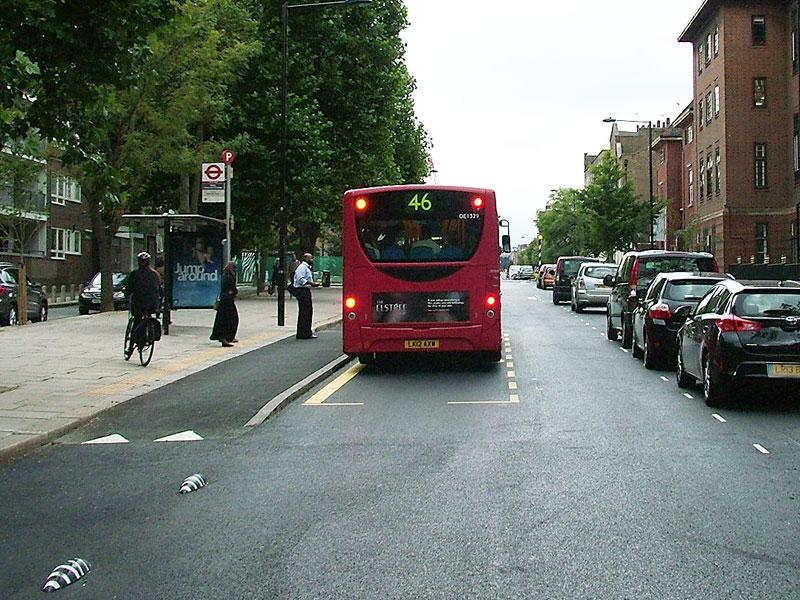 Transport for London introduced this design based on a large amount of research into international best practice. Brian Deegan, the cycle infrastructure pioneer who worked for Transport for London until recently, told us that the design of Enfield’s bus stop boarders was the result of hours of research and expert consultation – where safety was the paramount consideration. The Danish design works, he says, because it’s not clear whether the person on the bike or the person on foot has priority. The space must be shared, and people have to negotiate around each other carefully. As a result, the design has an impressive safety record.

What about disabled people?

A wheelchair user who advises Enfield Council told a recent meeting in Winchmore Hill that the boarders make getting on and off buses much easier for him – they are the best feature of the scheme, as far as he is concerned.

If the opposition parties had their way and removed all bus stop boarders, what would we be left with?  Bike lanes that give up at bus stops, leaving the rider to either mix with traffic or take to the pavement. 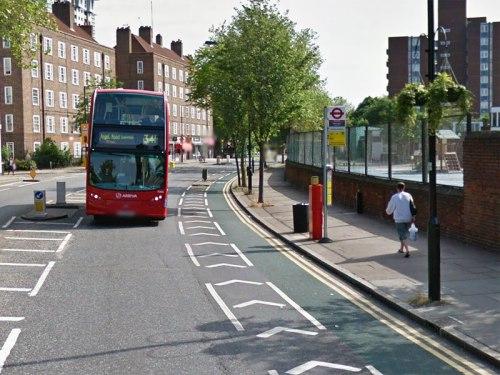 This cycle lane offers no protection at the bus stop. Image: The Alternative Department for Transport blog 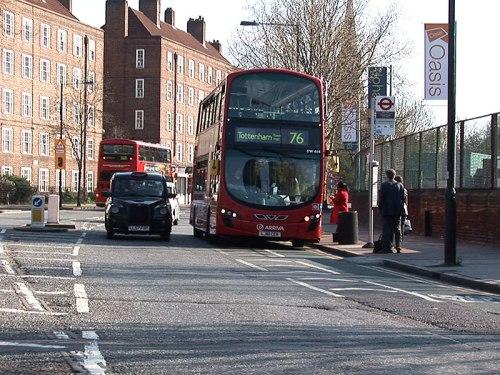 The bus simply pulls onto the bike lane to stop. Would you cycle here?! Image: The Alternative Department for Transport blog

This is what we’re used to in the UK, and one reason why cycling is not considered a normal, everyday form of transport for people of all ages – our street design does not make it safe. But now Enfield’s bike lanes are giving people the opportunity to cycle for miles without being forced to mix with traffic, even at bus stops. Like the orcas, this gives our population the chance to travel actively without being in constant danger. Let’s make the most of it.