Work continues on the A105.

It’s great to see more plants going in along the route. Where the kerbs are built out to slow vehicles turning in and out of side roads, the designers have added ‘rain gardens’. These are patches of planting which soak up rainwater. They are crucial for London’s sewers, which can otherwise flood at times of heavy rainfall as water rushes along impermeable surfaces into the gutters. And they look very nice too. 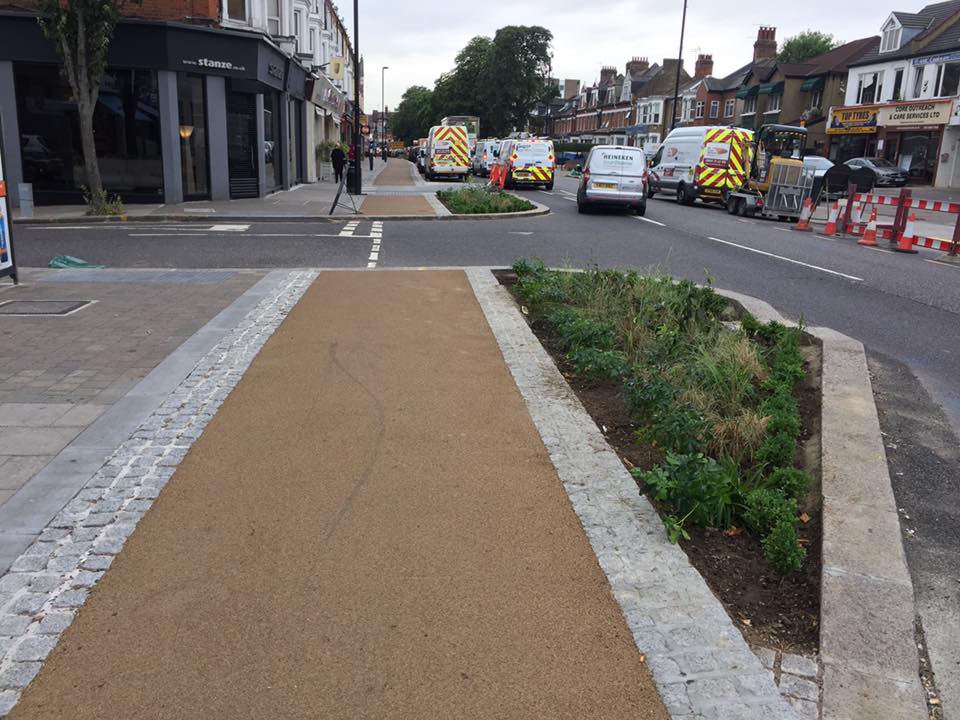 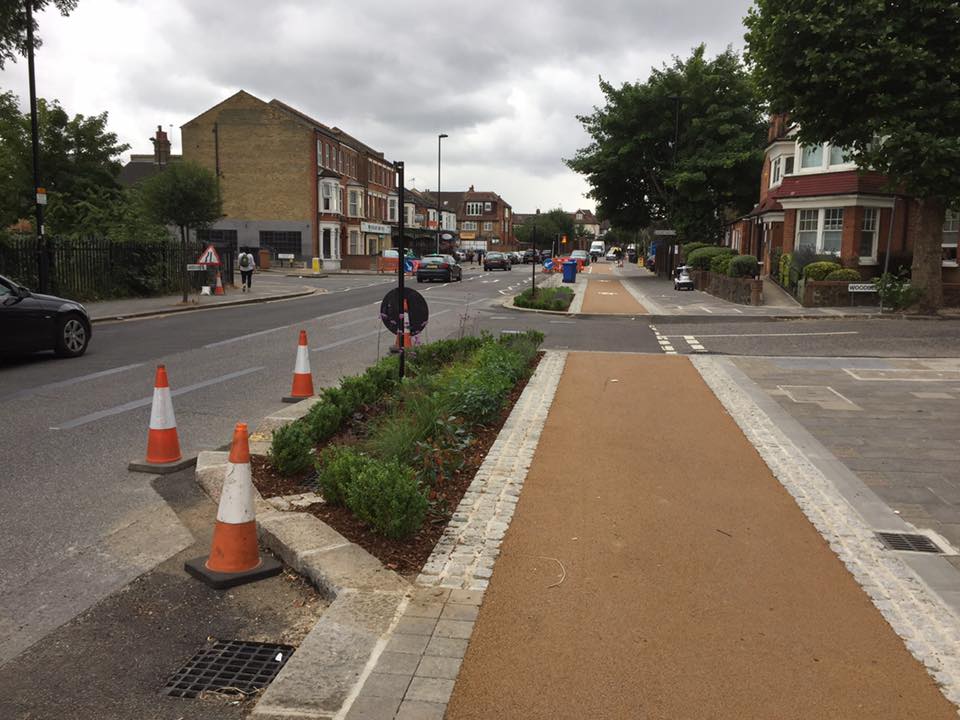 In both of these pictures, note that the tarmac has not yet been raised up to pavement height on the side road where bikes and pedestrians will cross over.

The junction at Broomfield Lane, near Palmers Green Library, has reopened and the lights are working. Hal has videoed it from his handlebars here.

And while it’s just anecdotal, lots of people are saying they are seeing more people cycling on the new lanes – even though they’re not finished yet. Crucially, it’s not just that more people are cycling – it’s that different kinds of people now feel safe to cycle there. 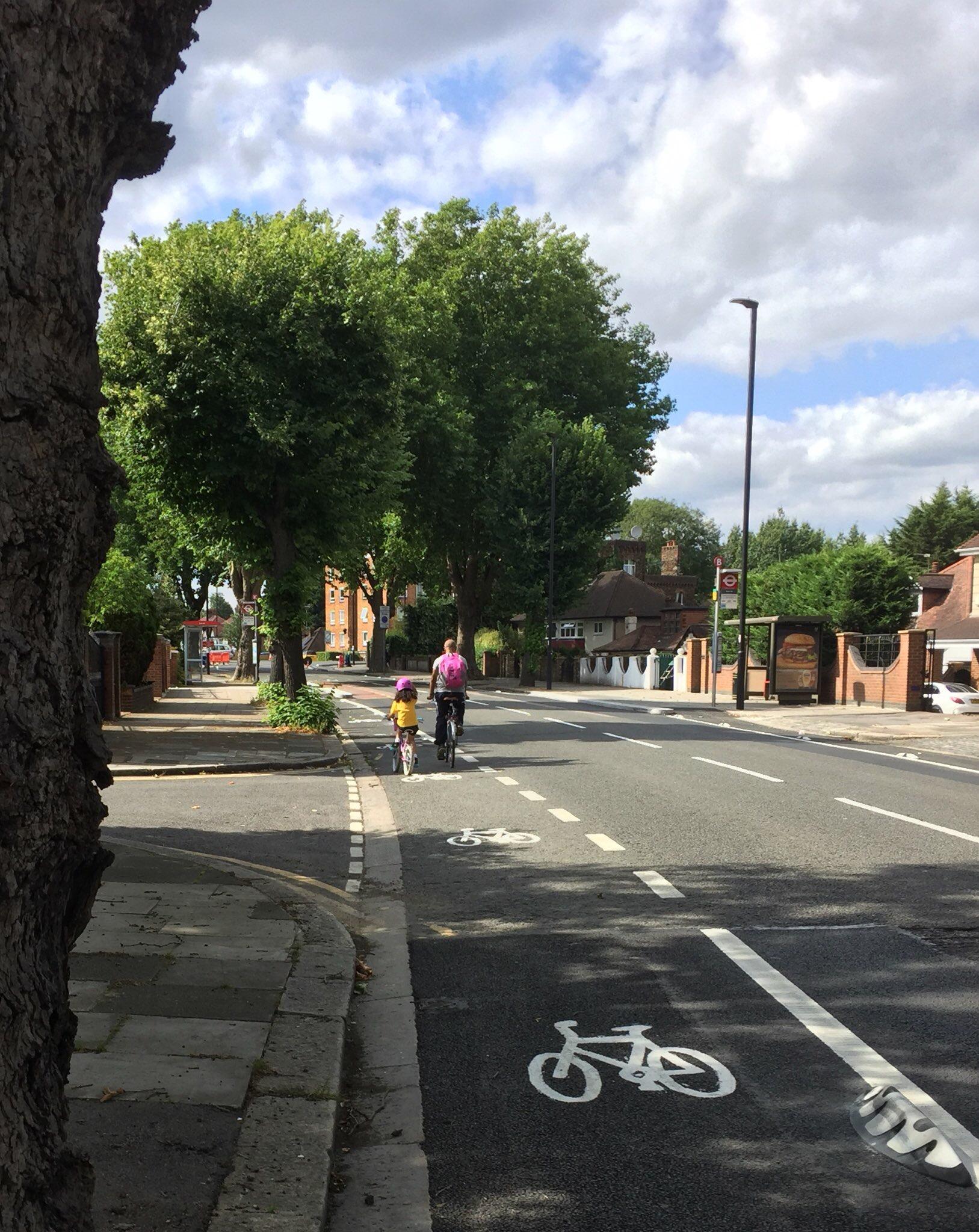 Again, this scene was difficult to even imagine before the A105 work began. And it’s lovely to see now.