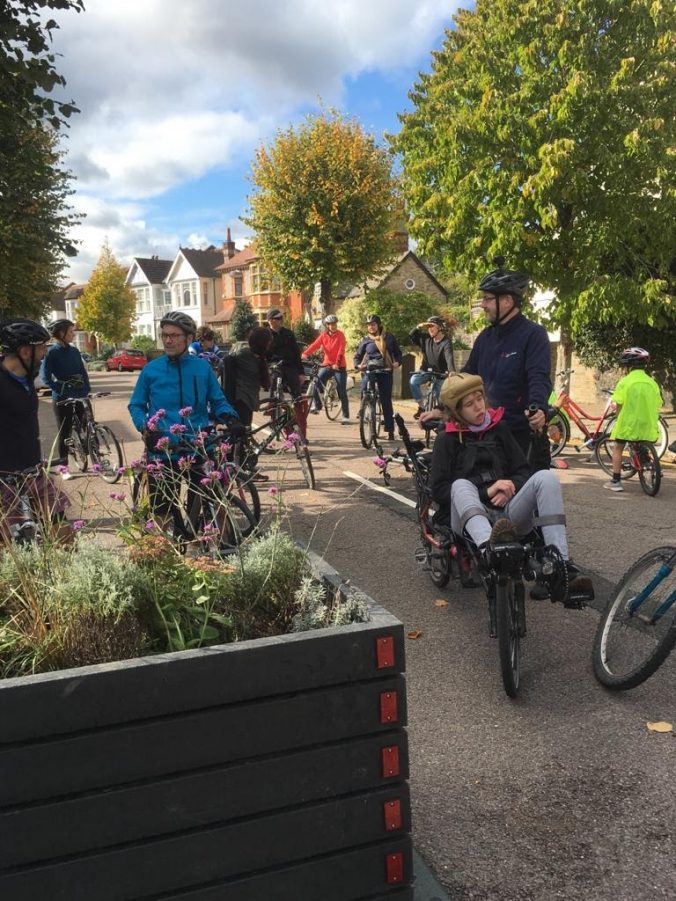 Enfield Council has been allocated government funding totalling £1.55 million to spend on active travel schemes: £1.3 million to pay for two cycleway schemes and £160,000 for phase 2 of the Bowes low-traffic neighbourhood (LTN), which would use a “bus gate” to give relief to the long suffering residents of Brownlow Road. Additionally, the council is hopeful of obtaining funding from Transport for London in the next financial year for phase 2 of the Connaught Gardens LTN and is planning to start work on two further LTNs, in Upper Edmonton.

The money is Enfield’s share of the £175 million being allocated to councils throughout England by the Department for Transport (DfT), representing tranche 2 of what was originally referred to as the Emergency Active Travel Fund (EATF) but is now known simply as the Active Travel Fund. The EATF was earmarked for rapid changes designed to encourage and facilitate walking and cycling against the background of sharply reduced usage of public transport because of coronavirus restrictions. Consequently, councils were given very short deadlines (a few weeks) during which to engage with the public, design schemes and build them.

Tranche 2 money will be spent on schemes designed for the longer term. Government deadlines for implementation will be longer and councils will have to confirm that they have consulted all appropriate local stakeholders, including businesses, emergency services, and local MPs.

Enfield Council announced the news of its successful bid in a press release published this afternoon [6 January]. The full text is on its website here.

£160,000 of the DfT funding will go to phase 2 of the Bowes LTN. Phase 1, implemented in late summer 2020, has created peaceful streets on either side of Brownlow Road but may have actually exacerbated the situation in the street which has suffered most from through traffic – Brownlow Road itself. For many years the volume of traffic has far exceeded the street’s capacity and residents have had to endure noise, fumes and danger. Queues of cars often stretch back along nearly the whole length of the street, waiting for the lights at the northern end, where priority is given to the North Circular Road traffic.

Phase 2, if it goes ahead, will bring to fruition the dreams of a group of residents who last year set up Healthy Streets Bounds Green, calling for, among other things, a “bus gate for Brownlow”. This is exactly what the council is proposing to do. A bus gate is a camera-controlled point which only buses, emergency vehicles, bikes and people on foot are permitted to pass. To prevent problems for other local roads, design and consultation will need to be closely coordinated with neighbouring Haringey Council, which has also received funding for LTNs in the Bounds Green area, and with Transport for London. In particular, the scheme might require TfL to allow traffic to turn right out of Bounds Green Road onto the North Circular at Hobart Corner.

Phase 1 of the Bowes scheme is currently operating as a trial with formal consultation running concurrently and due to end in February. Depending on feedback received and after reviewing data relating to the effect on other roads, bus running times, emergency services and other considerations, the council may decide to abandon the scheme, to amend it, or to make it permanent. If amended, the trial and formal consultation period will be extended. A possible way of amending the scheme would be to change it around so that residents and visitors access the streets from the Bounds Green Road direction, rather than from the north.

The press release also states that the further funding from TfL, anticipated at the start of the new financial year (April), will be prioritised for the Connaught Gardens quieter neighbourhood. Phase 1 of this scheme, a small one-way system in Palmers Green (Windsor Road, Osborne Road, Lightcliffe Road and New River Crescent) is currently being trialled.

Initial engagement on phase 2 – which would prevent rat-running to the east of Green Lanes – has finished. Residents for the Connaught Gardens LTN, a group campaigning for implementation of the scheme, was set up last month and can be contacted at ConnaughtGardensLTN@gmail.com.

The bulk of the new money allocated to Enfield will be spent on cycling infrastructure (low traffic neighbourhoods are far cheaper). There are two projects – more construction of cycle lanes along the A1010 (Ponders End High Street) and work on a cycleway linking Enfield Town and Ponders End. The original plan to put cycle lanes along Southbury Road has been abandoned and the cycleway will instead use streets further south.

Two further walking and cycling routes are currently being built. The first provides a link between the A1010 cycle lanes and the North Middlesex Hospital via Pymmes Park and will eventually join up with the Tottenham to Old Street section of Cycleway 1. The other, Angel Walk, runs between Edmonton Green and the new Meridian Water development.