Andrew Gilligan, London’s Cycling Commissioner when Boris Johnson was Mayor of London, was closely involved in Enfield’s Mini Holland. As well as being the person who commissioned it, of course, he kept in constant touch with the council throughout the process and attended some of the key council and public meetings during the consultation period. So it’s fascinating to read his perspective on Enfield. 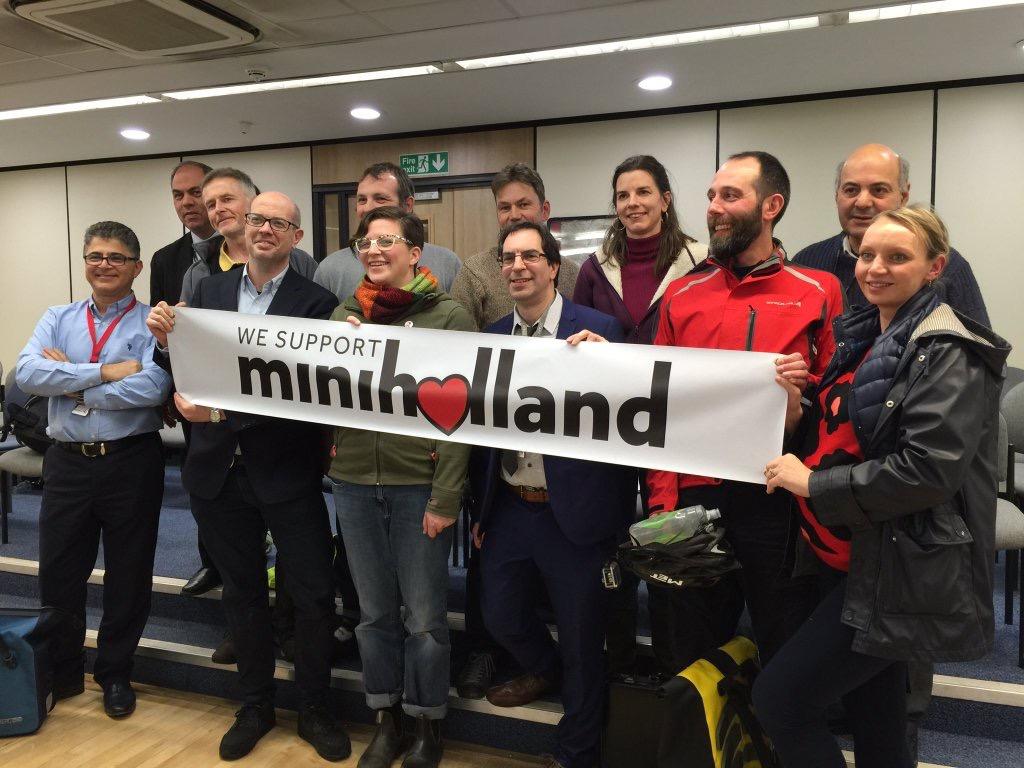 Below is a short extract from a long transcript of his evidence on cycling infrastructure in London at a meeting of the GLA Transport Committee on  6 December 2017 – there’s a link to the whole transcript at the bottom.

What stands out to me is:

Joanne McCartney Assembly Member (AM): I am going to ask about Mini-Hollands. I represent Enfield and now have a ‘super- duper’ cycle highway at the end of my road. It was very painful whilst it was being built. It struck me that the length of time it took is perhaps something Transport for London (TfL) should have more direct control of. Enfield was extremely willing and doing it very well, with lots of opposition. They are quite new for many councils. They are managing their own contractors, which is quite technical and difficult. It is that capacity in boroughs I am asking about.

Andrew Gilligan (Former Cycling Commissioner): Enfield has done really well on the Mini-Hollands. They probably had the slowest of the starts of the three Mini-Holland boroughs because there was more opposition in Enfield than anywhere else. However, once they decided to get the bit between their teeth they were really good and did it. We will see the fruits of that. It has not been finished entirely. Only sections of it have been opened so it is still very new and we are in an earlier stage of the controversy/construction/acceptance curve that we have seen in Waltham Forest. Once we get to the later stages I am sure we will see what we saw in Waltham Forest. I strongly praise the council leadership, particularly Daniel Anderson [Cabinet Member for Environment, Enfield Council] who had to put up with a lot more flak over that than I did over anything I was responsible for delivering directly.

Joanne McCartney AM: He has withstood it. Originally the Conservative Opposition Councillors as well signed the pact and the joint bid. Then when it started they quickly stopped.

Andrew Gilligan (Former Cycling Commissioner): That is right; they backed out.

Joanne McCartney AM: Did you get the feeling that was for political reasons or for genuine concerns?

Andrew Gilligan (Former Cycling Commissioner): I had a lot of conversations with the former Conservative Member of Parliament (MP) for Enfield Southgate, David Burrowes, who wanted to make an election issue out of this. It did not work for him and he lost his seat. That is one of the things I find. The Labour MP for Walthamstow was re-elected with 80% of the vote, the highest ever share of the vote. These things are popular, people want them. I remember the objectors to the A105 scheme saying it was only going to benefit 1% of the population and was massively unpopular. The consultation result came back 60% in favour. If it had only benefitted 1% of the population, the percentage of people in Enfield who cycled at that point, then it would not have had that level of support. People recognised what it was doing for the whole neighbourhood, how it was lifting the whole neighbourhood and how it was making the whole neighbourhood better for everyone who went there. The lesson for me, from the Mini-Holland experience in Enfield and our experience in central and inner London, is that you should not be afraid. These things are popular and you should do them.

Joanne McCartney AM: They are painful while they are happening.

Andrew Gilligan (Former Cycling Commissioner): They are painful while they are happening, but they are not vote-losers.

The rest of the transcript is available on Palmers Green Community website here.