Better Streets for Enfield members attended Chase ward forum this week, where Cllr Vicki Pyte (associate cabinet member and ward councillor) had chosen the theme of “traffic and transport”. Ward forums are public meetings that any local resident can attend – this particular meeting had its highest turnout in a long time. Traffic and transport are issues that people clearly feel strongly about. 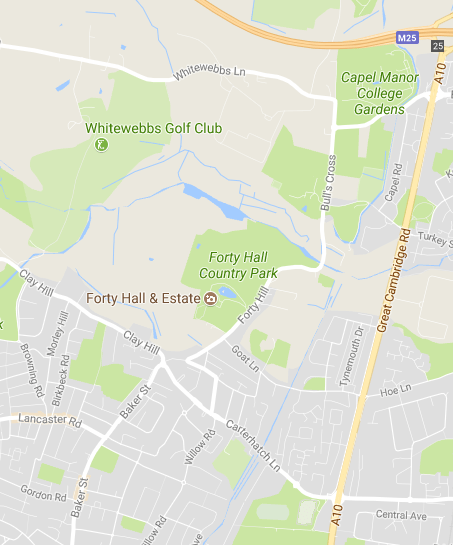 What are the issues?

It was fascinating to learn about Chase’s particular transport issues, such as:

Most of these issues got some air time. The dedicated ward police officer gave an update and answered questions, including on speeding on the A10 (average speed cameras are needed, but Transport for London is reluctant because of the cost). David Taylor, Enfield’s Head of Traffic and Transportation, presented on a range of issues including Quieter Neighbourhood ideas for the ward’s residential streets, and Cllr Daniel Anderson (cabinet member for Environment) also took questions.

For the Better Streets presentation, I explained how I’ve personally come to see what’s wrong with traffic dominating our streets – for instance, children have lost their freedom and residential streets have become conduits for traffic. I also outlined some of our asks, including closing school streets to cars during school run hours, and creating ‘low-traffic neighbourhoods’ like those in Waltham Forest, where through traffic is removed from residential streets. This generated a lot of interest. The most significant moment for me was when I asked for a show of hands from residents who would let a child or grandchild play out on their street. In a room of 40+ people, nobody lifted a finger.

It was encouraging to hear David Taylor say that a ‘school street’ is being considered for Goat Lane. Of the range of measures for Quieter Neighbourhoods, one illustration showed a barrier to close a street to cars but let bikes past (a modal filter). Cllr Nick Dines (another Chase ward councillor) said he supported the idea of low-traffic neighbourhoods, and felt that Enfield’s Quieter Neighbourhood plans were less ‘ambitious’ than Waltham Forest’s. Cllr Anderson replied that they would start with an area of Palmers Green to trial the measures, which if effective could be rolled out elsewhere. He added that Enfield has 42 residential cells to improve and the changes would take years.

On 20mph zones, David Taylor and Cllr Anderson explained that they were looking into how to implement these, but were reluctant to simply put up 20mph signs if they couldn’t enforce them. They are looking at how Haringey have handled their own 20mph zones. Cllr Anderson feels strongly about the lack of public transport provision in Enfield as an outer London borough, and pointed out that if the Mayor was going to meet his target of 80% of journeys being by public transport, walking or cycling by 2041, this would need to change

At the end of the meeting residents were given Better Streets flyers and some signed up to our newsletter mailing list. I was grateful for the support of BSfE members Carole Stanley, David Hilliard and Alex McRae (particularly Alex, who pointed out that I still had one trouser leg rolled up, before I gave my presentation…).