The Mayor is consulting on his plans for the Ultra Low Emission Zone (ULEZ). As they stand, these plans could make Enfield’s air WORSE. 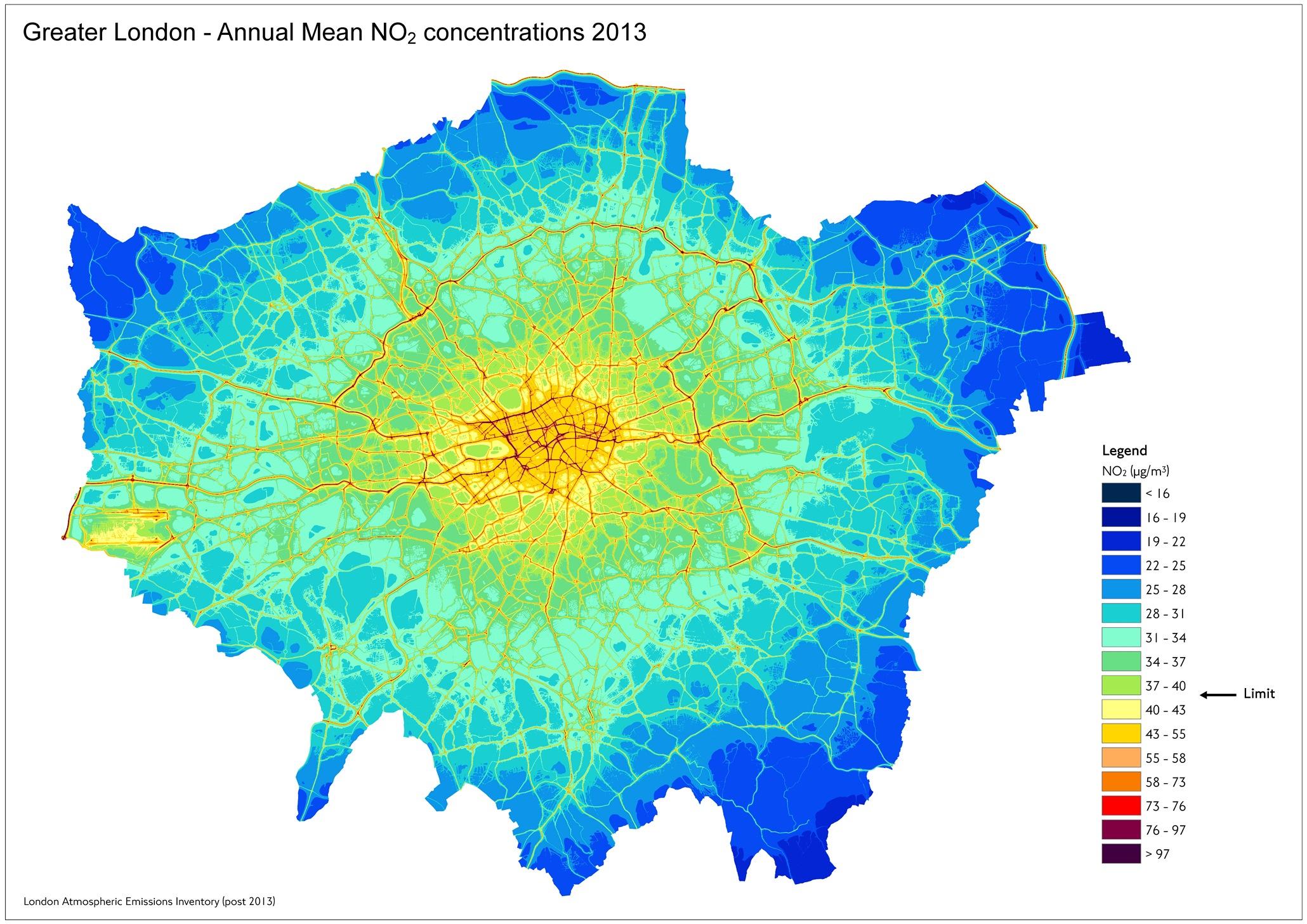 Toxic NO2 emissions in London. Can you spot the North Circular?

The ULEZ will penalise drivers for using the most polluting vehicles. The Mayor plans to extend the ULEZ out to  but not including the A406 for cars, vans and motorbikes – and not until 2021. This is very likely to increase congestion and pollution on the North Circular as people drive around the zone to avoid being charged. Yet the North Circular is a road whose traffic is already blighting Enfield with toxic air, including primary schools like Bowes School right next to it.

As we know, air pollution in London is a public health emergency. It stunts the growth of children’s lungs, can cause or worsen asthma, can cause cancer, thickens our blood and increases our chances of heart failure. It may be linked to dementia and it prematurely ends the lives of 9.5 million Londoners a year. Much of these toxins come from traffic.

Please take action by filling in the online form. The consultation closes on 28 February.

There is some good advice here on how to respond from Caroline Russell, London Assembly Green member and advocate for healthy streets. She suggests telling the Mayor to:

We have already submitted a petition to the Mayor asking for these changes to the ULEZ, but without success. This may be our last chance to make our views known.

Please show that you care about Enfield’s air – fill in the form and encourage everyone you know to do the same.