A few weeks ago we got in touch with Enfield’s four main political parties, and asked them to pledge to create better streets if they won the council in the May local elections.

Specifically, we asked them to commit to:

1) Submitting a high-quality and safe, “Liveable Neighbourhood” bid, based in an area with high potential for walking and cycling, that provides big wins for both and that takes major steps to prioritise people walking and cycling over private cars in the area during the course of your term

3) Completing the work of Cycle Enfield, to allow all-age, all-ability cycling throughout the borough.

So what were the responses? Here they are below. Maybe this will help you decide how to vote on 3rd May…

The Greens were the first to respond. Co-chairs Alex McRae and Kate McGeevor said:

“Enfield Green Party are committed to making Enfield’s streets cleaner, safer and healthier for residents. We believe streets are for people, not traffic. The space has to be shared but on residential streets residents should come first. We are delighted to support the Better Streets for Enfield campaign and to pledge our support for the creation of people-friendly streets throughout Enfield.” 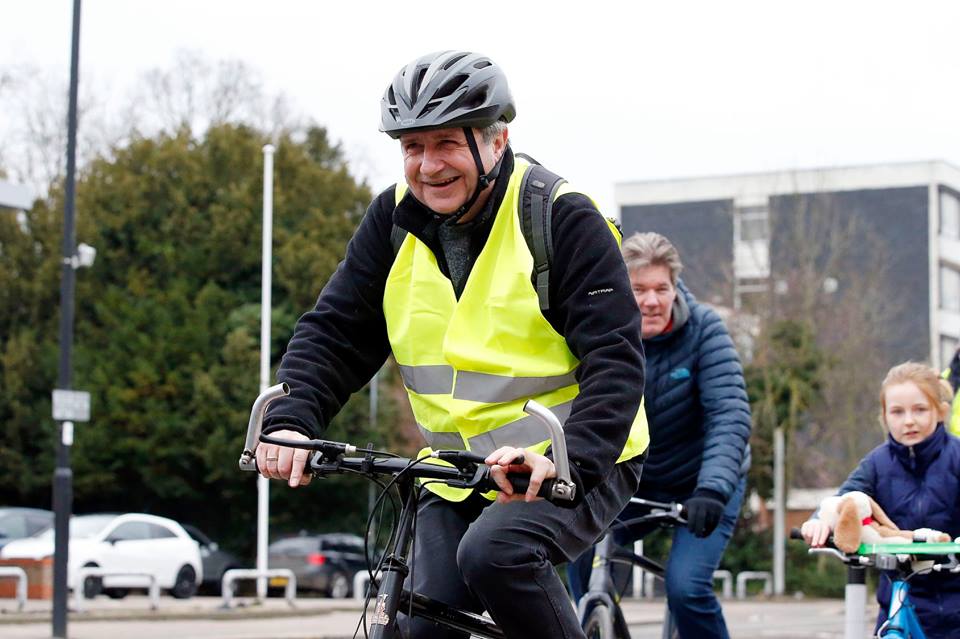 “On behalf of the Labour Party I am delighted to sign up to these commitments. All being well, on May 4th, the next Labour Administration:

1) Will seek to progress our first Liveable Neighbourhood bid to go forward later this year;

2) Will remain committed to the continuing rollout of our Quieter Neighbourhood Programme, which seeks to make our streets quieter and safer for residents; and,

3) Will continue to progress our Cycle Enfield Programme, which is about transforming our high streets and town centres, promoting more active travel, and creating safe and secure cycle lanes. We have demonstrated our commitment with practice not just words with the completion of the A105 cycle lanes and are now progressing works on the A1010 South.” 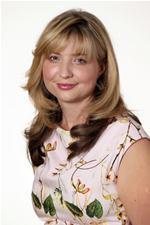 Enfield Conservative party, led by Joanne Laban, did not respond to our request.

However, if you carry out the My Liveable London email action, it triggers an automated response from Ms Laban. In it she says that a) she would apply for Liveable Neighbourhood funding; b) the Cycle Enfield scheme was ‘imposed’ on residents and was divisive; and, for most of the email, c) how she would tackle air quality – without taking any steps to reduce motor traffic.

“I would apply for Liveable London funding. However, the scheme has to be correct for Enfield and not one just imposed on residents from either the Civic Centre or City Hall because otherwise, it does not bring people together it only divides. Encouraging walking and cycling is a good thing but any scheme submitted needs to have public support for it to have a positive impact on the community.

On the issue of air quality, I also wish to see more people move to electric vehicles to help with improving air quality. This is why the Conservatives are pledging to increase the number of electric charging points in Enfield. I will also lobby the Mayor of London to deliver more rapid charging points so that the infrastructure is in place to make it easier for residents to charge an electric vehicle quickly.

The Conservatives also wish to plant more trees if we take control of Enfield Council. Enhancing our parks and open spaces along with increasing the number of trees will help with creating a liveable London. We wish to keep Enfield clean, green and tidy.

The two most polluted roads in Enfield are the North Circular and A1010. The Mayor has yet to announce that these roads will form part of his bus low emission routes and place hydrogen and electric buses on them. Buses cause a third of emissions and as both the North Circular and the A1010 have many bus routes on them it would make a real difference to Enfield’s air quality if the roads could become bus low emission routes.  TfL’s own health impact assessment has indicated that the best way to achieve future benefits would be to extend cleaner buses to outer London.

It is often assumed that air pollution is only a transport-related issue. However, a sole focus on transport emissions hides the release of emissions from other sources, including household boilers. Gas boilers contribute approximately to NOx (nitrous oxide) emissions. New A-rated boilers are over 90 per cent efficient, and can save over 1.2kg NOx per year compared to older boilers, as well as making significant carbon dioxide savings. Moving to a more efficient boiler can also save households around £340 from their fuel bills per year.

A London Boiler Cashback Scheme was launched by Mayor Boris Johnson in February 2016, providing £400 cashback to households that replaced the oldest, most polluting boilers with the newest and cleanest models. Funding of £2.6 million was allocated to the scheme, which provided for 6,500 owner occupiers and accredited private landlords to benefit from the scheme. I would support an extension of this scheme as it would allow greater NO2 savings to be achieved and more households to benefit from lower bills. It could also be prioritised within pollution hotspot areas to help tackle high NO2 exceedance. Whilst Mayor Khan has recently launched a new ‘Better Boilers’ scheme aimed at cutting fuel poverty , this is not designed to tackle air pollution and is only expected to benefit 500 homes for the £1 million investment in the scheme. By contrast, investing a similar amount of money into extending the London Boiler Cashback Scheme could replace an additional 2,500 boilers: a much more effective means of reducing household emissions.”

Meanwhile, it’s clear from Enfield Conservative campaign literature in local wards that they do not support our aims, especially the Cycle Enfield scheme. This from Palmers Green ward: 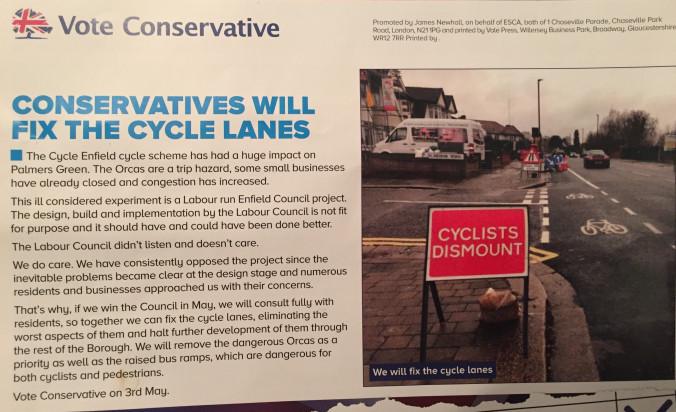 “we will… halt further development of [the cycle lanes] through the rest of the Borough. We will remove the dangerous Orcas as a priority as well as the raised bus ramps.”

You can see the Better Streets perspective here on these safety issues. 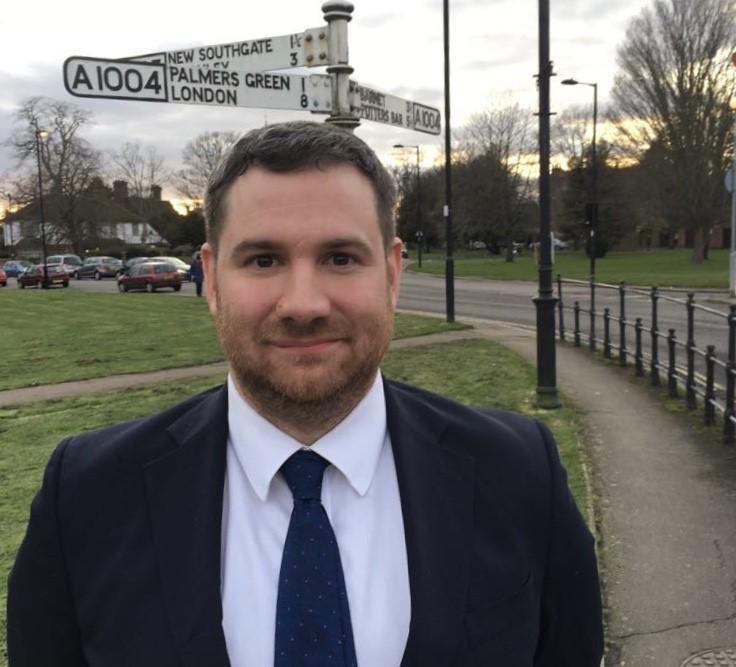 Enfield’s Lib Dems have not responded to our request. They also focus on objections to the Cycle Enfield scheme, which occupies roughly two-thirds of their transport manifesto, introduced with “Labour’s cycle lanes fiasco must never be allowed to happen again!”  It includes:

“The existing scheme does little to encourage and assist cyclists. Cycle lanes should not be built in roads where they could worsen congestion, as this exacerbates conflict and air pollution. We will plan and develop scenic alternatives, running through green spaces and on riverside routes, are far better for both cyclists and motorists.”

This focus might be explained by the fact that someone clearly involved in the  Liberal Democrat campaign, with her name appearing as nominator for several candidates, is Helen Osman –  a leading member of the anti-cycle lanes ‘Save Our Green Lanes’ campaign group.

More recently, perhaps stung by the response he got to this manifesto, David Mitchell blogged on the Lib Dem website: “I wanted to take this opportunity to lay out our views and vision on the Cycle Enfield project to help disperse the myth that Enfield Liberal Democrats are anti cycling in the Borough…” (read the rest here). Each of the points he makes was then responded to by Hal Haines on Twitter, summarised on Facebook here.

You can still contact all of these parties and urge them to show support for a Liveable Enfield here – it only takes a minute!