David Hilliard and I attended the “How do we get clean air for all Londoners” meeting arranged by Caroline Russell, Green London Assembly member. There were about 75 people attending – a mixture of experts and campaigners. This wasn’t a sit back and listen to some speeches type event – it was more about engaging the experts and campaigners to come up with some ideas about how we can get a Ultra Low Emission Zone (ULEZ) across the whole of London. The ULEZ has improved since Boris Johnson first proposed a small zone due to start in 2020. 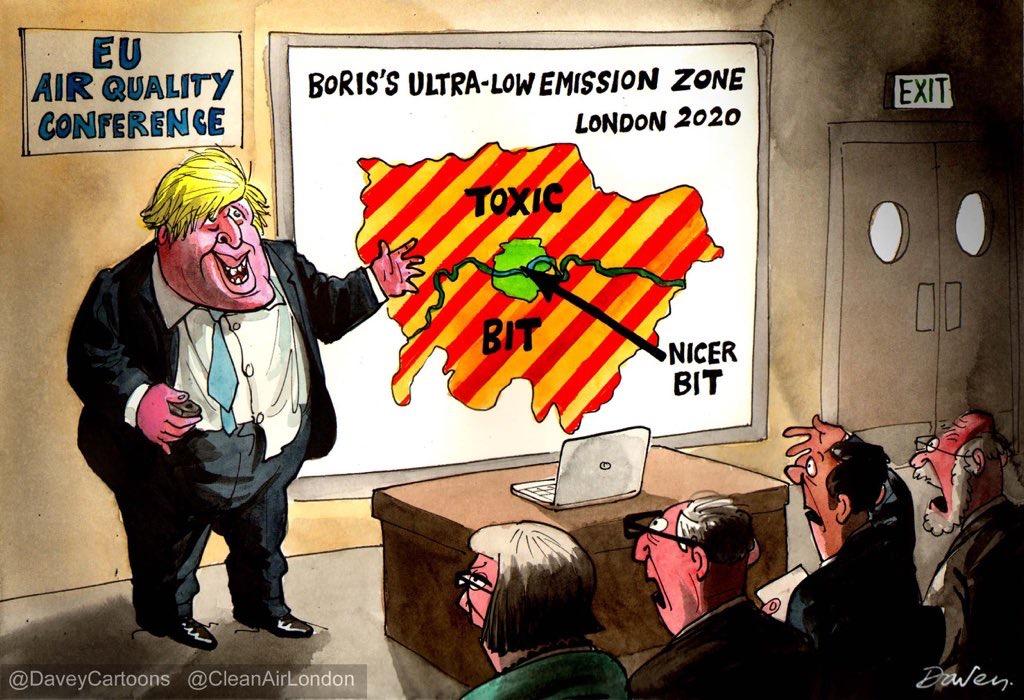 Boris Johnson’s original ULEZ plan due to start in 2020

Sadiq Khan quickly realised that he could do a quick change to the congestion charge and add a T-Charge to cover the dirtiest of vehicles. This is coming in October 2017 – but just the congestion charging hours (Monday to Friday etc.). It will be superseded by the ULEZ that Khan will bring in across the whole of the congestion charge from 2019 – 24 hours a day 7 days a week. But he has also consulted about bringing the ULEZ out further (to the North Circular Road) in 2020. 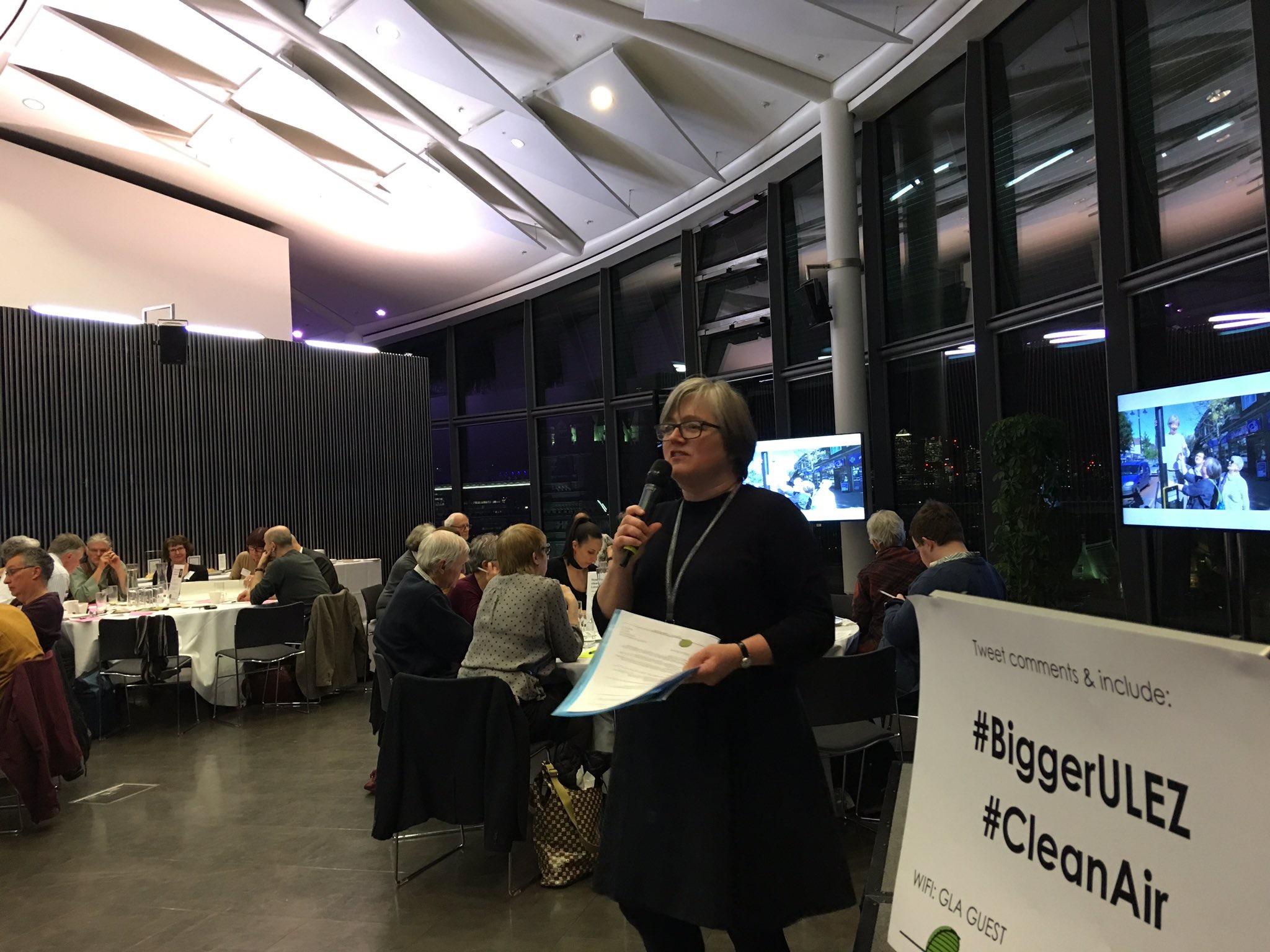 This campaign is to get it to the M25 boundary rather than stop at the boundary of the NCR and as Enfield is right in the middle of the boundary we should have the most to gain from this change.

We were at a “mini holland table” with Waltham Forrest but also Harringey (Wightman Road campaign called Living Wightman), Camden and Acton were also represented. Simon Birkett from Clean Air London. There were some quick 5 minute speeches – for example Doctors against Diesel, Clean Air London, Mapping for Change, the legal aspect by environmental lawyers Client Earth (they have taken the government to court a couple of times!). There were three further shorter speeches by some campaigners. We were then posed three questions:
What are your personal experiences with problems with air qualities – they wanted some personal stories. For example a lot of people reported an increased in asthma attacks. One child reportedly changing to a nearer school as he was too out of breath with all the pollution to get to his original school. One person’s partner has her life severely curtailed by not being able to do some things on high pollution days. She was also recently hospitalised so the sheer cost to the NHS, of all the extra asthma attacks, must be staggering. 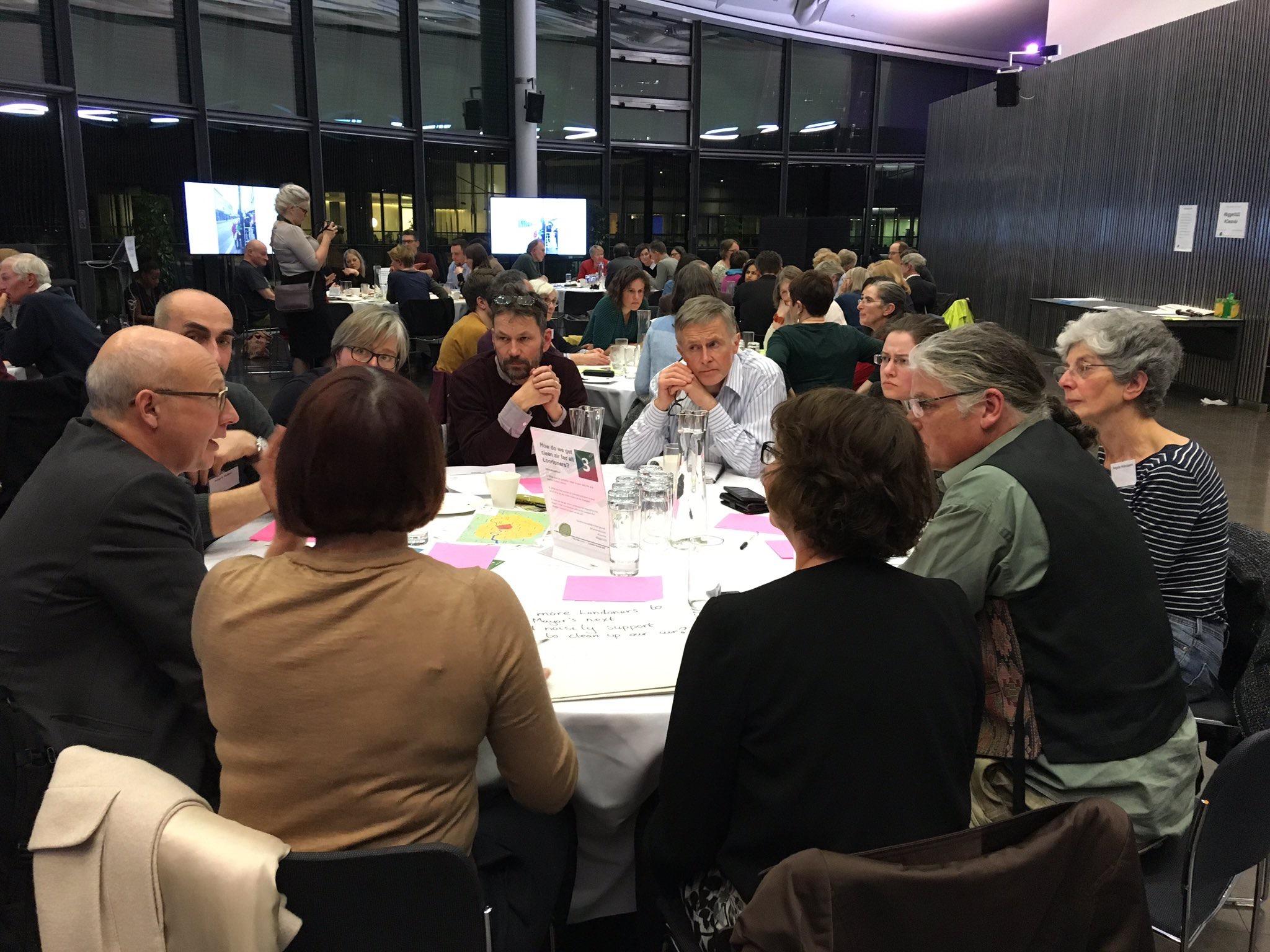 The second question was what are the sources of pollution (transport)? This involved a group discussion and Simon Birkett was very clear that diesel needs to be totally banned by 2025 and all IC engines by 2030. He also pointed out the other sources of pollution like boilers that will also need to be tackled but transport was a big contributor. One example refrigerated trucks have unregulated diesel motor running red diesel to keep the units cold. So they have no emission controls on them at all and so an unnecessary form of air pollution.
The final question was what we as campaigners could do to get the message out about air quality. Sadiq Khan will have a third consultation about the ULEZ and it is important we get as many people as possible to fill it in when it comes out in April or May. The idea is to get ULEZ extended to the M25 as stopping at the North Circular Road would be a disaster for the boroughs bordering the NCR so Enfield. The next best solution would be to include the boroughs boarding the NCR. We talked about opposition to ULEZ that will inevitably come. One line of attack is that that the zone will unduly affect the poorer members of our society – Simon pointed out that the genuinely poor will not be driving but it will affect the “just about managing” or JAMs. He gave some historical perspective in that the original 1956 Clean Air Act was opposed by some, on the basis that poor people would freeze to death through lack of coal. 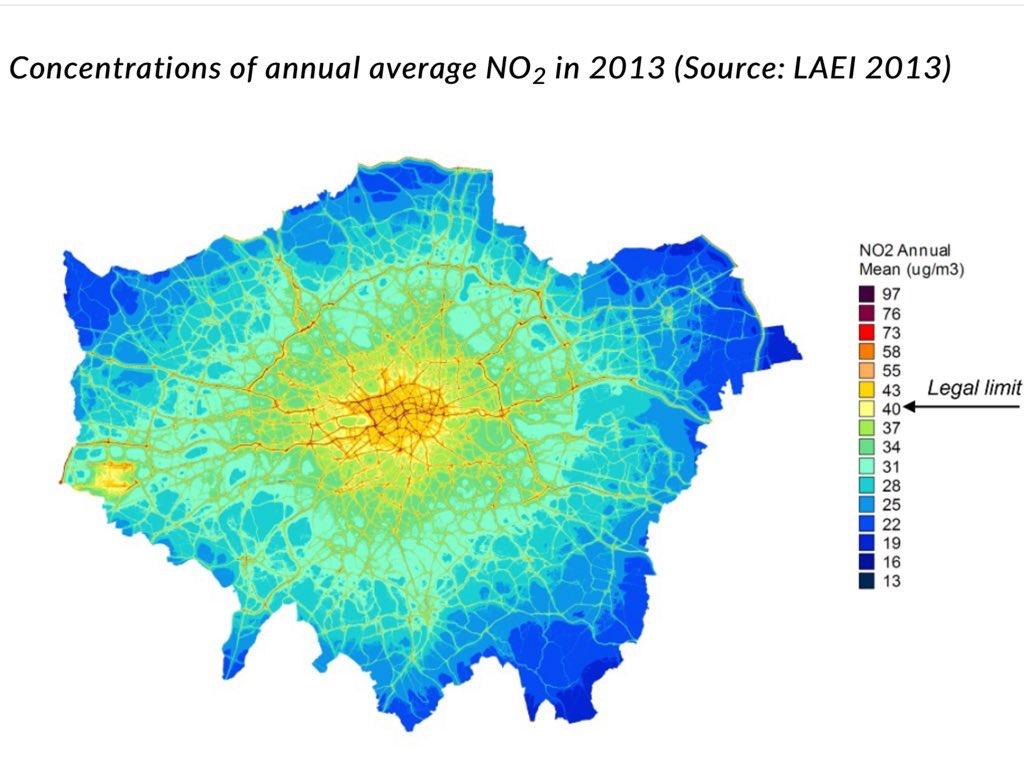 One further important point we also discussed how to get other communities on board with the cleaner air message and if anybody has any ideas then come and discuss them here.
This is just the briefest of summaries about the evening but the message that we all need to get out to our London friends and family is to get them to fill in the consultation when it comes out.

PS as I left there was a van watering the flower beds – using one of those unregulated diesel motors to do the pumping.