Some of us Better Streets for Enfield members are also members of London Cycling Campaign, and this month we went along to LCC’s AGM and awards evening. The keynote speaker at this star-studded event (well, it was star-studded by cycle campaign standards) was Dr Will Norman, the Mayor’s Walking and Cycling Commissioner. 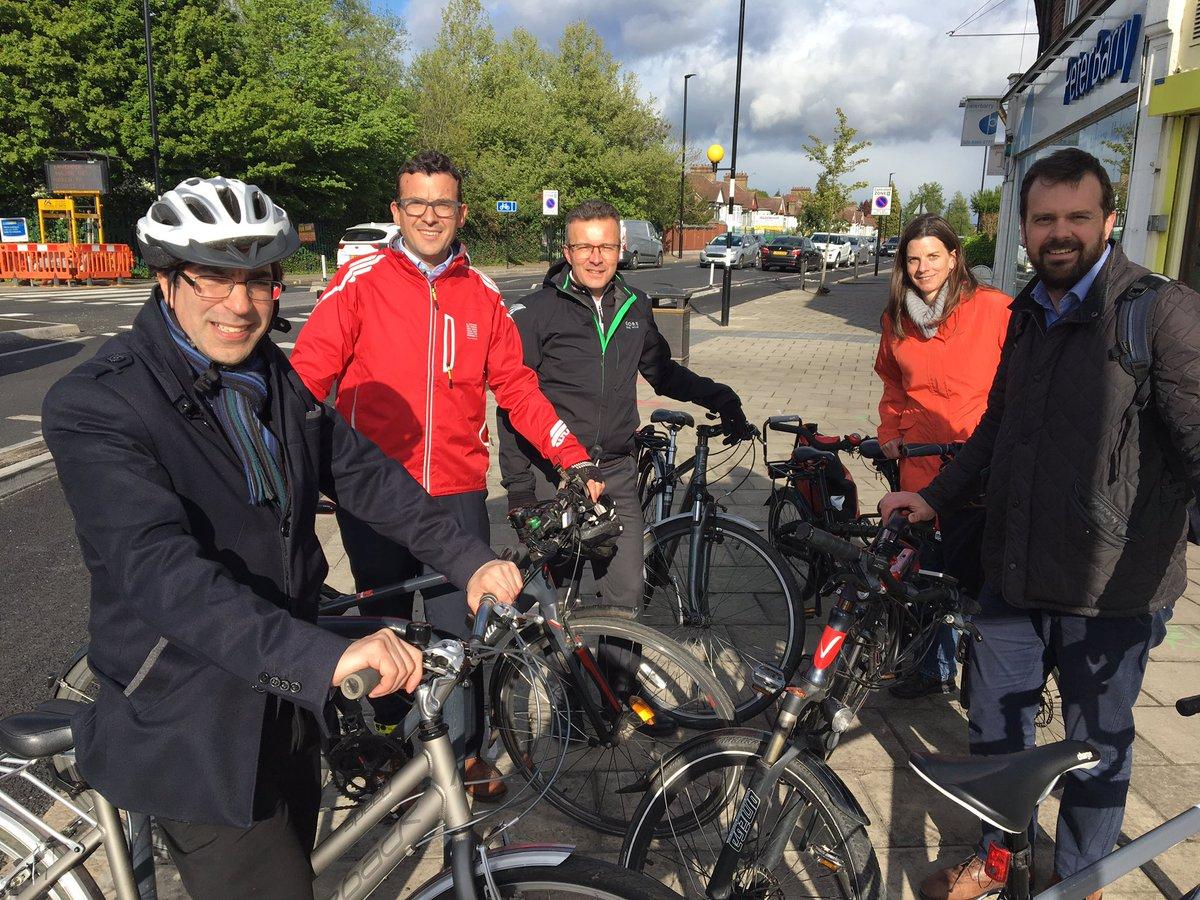 Will Norman (2nd from left) on an earlier visit to Enfield, with Cllr Anderson (far left), council officers and a campaigner

As part of his talk, Will Norman led the audience in a round of applause for Enfield Council for its Mini Holland (Cycle Enfield) scheme, and for us as the campaigners who have worked hard to support it. (If you are a member of Better Streets for Enfield, consider yourself applauded.) He recognised both the transformation that the scheme is bringing, and the scale of the opposition that council and campaigners have faced – he’s got a separate, rather large file of correspondence from the scheme’s opponents…

His main message was based on the Mayor’s Transport Strategy . The whole thrust of it is to get Londoners out of their cars and instead use walking, cycling and public transport to get around, reducing the negative effects of traffic dominating our streets. It’s very much in line with what Better Streets is calling for – although LCC has criticised it for the pace of delivery on cycle infrastructure being worryingly slow. 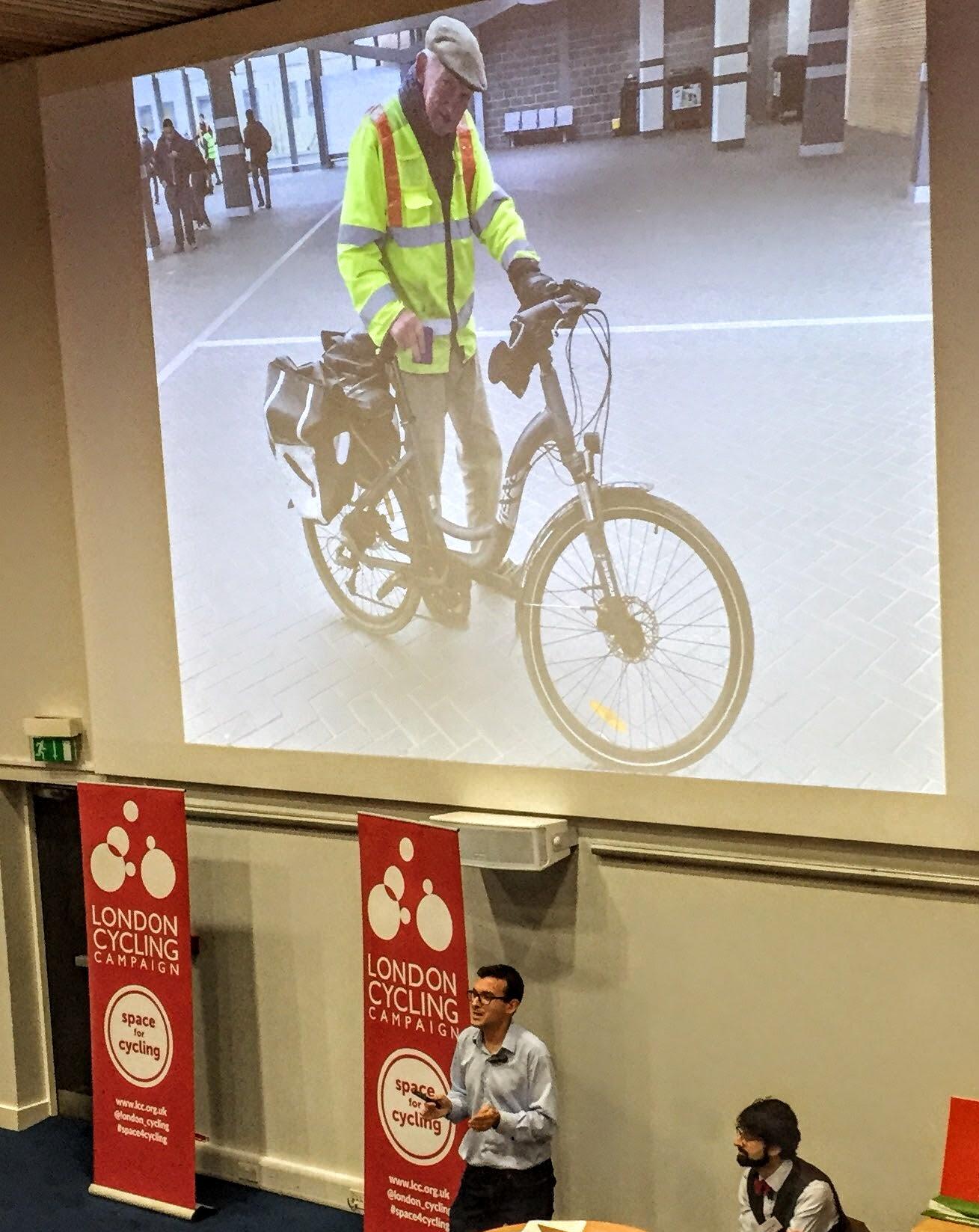 So, while the antis are still complaining and everyone is understandably longing for the A105 roadworks to be over, it’s good to stop for a moment and take stock of what Cycle Enfield is achieving. We are seeing some high-quality public realm emerging, and cycle routes that finally make it possible for any age or ability to ride, instead of sitting in a car. The numbers of people using the lanes on bikes is clearly going up even though the finished bits don’t fully join up yet. And most importantly, we’re seeing not just fit, fearless men in Lycra riding along the A105, but older people, younger people and families – something that was unthinkable before the work began. 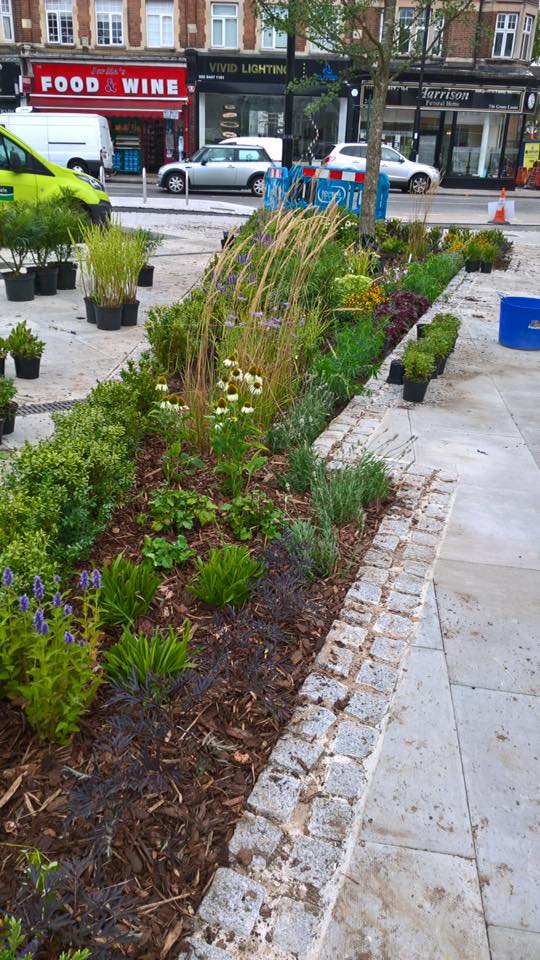 It was also good to be recognised for a Better Streets / Enfield Cycling Campaign initiative – we won an award for our surprise breakfast for the bike lane workmen at the end of last year.

There is still loads more to do, especially with the Quieter Neighbourhood consultations coming out thick and fast. But it’s not a bad thing to pause for a moment and celebrate. Well done and thank you to everyone who has helped make better streets in Enfield! 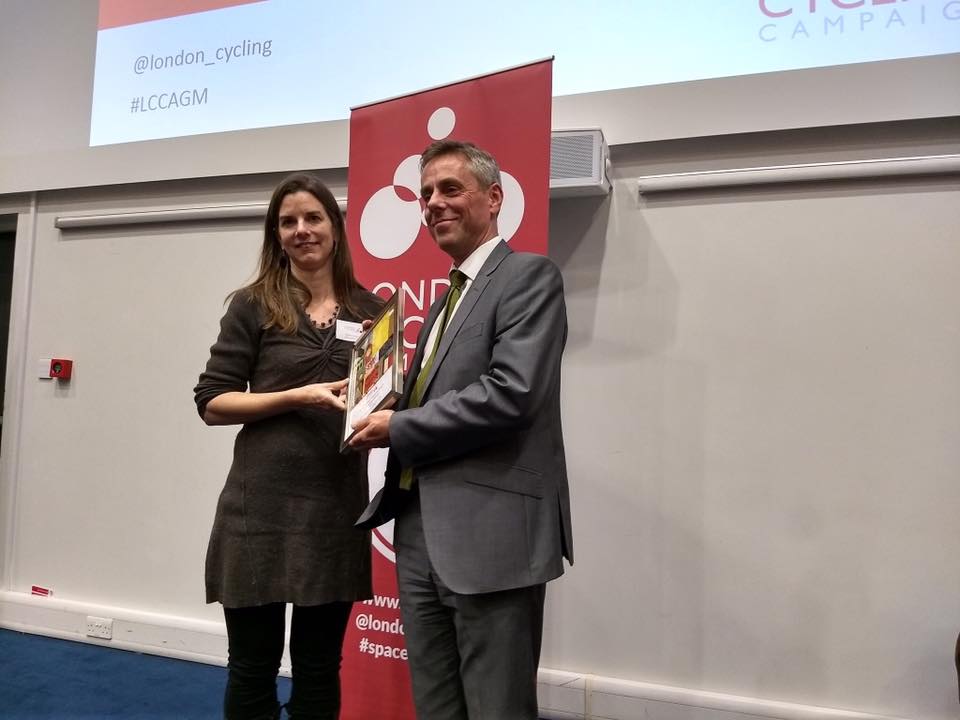 Picking up an LCC award for our campaign in Enfield