Back at the beginning of March the Enfield Southgate MP David Burrowes sent a letter to Mayor Sadiq Khan criticising Cycle Enfield’s cycle lanes and asking the Mayor to halt the work. Read on to see both his original letter and the response from City Hall. Mr Burrowes must be a little disappointed…

Some of Mr Burrowes’ letter is quite detailed technically. For example, he uses Section 122 of the Road Traffic Act to suggest that cycle lanes are dangerous to traffic – including for some reason motorcycles – as well as the elderly. (I am not sure why motorcyclists should find the layouts more dangerous.) In the end, a full road safety audit (RSA) was carried out. In that document, ‘motorcyclist’ and ‘motorcycle’ were mentioned zero times. Pedestrian safety, including the elderly, is paramount – and the RSA didn’t throw up anything that stopped the progress of the cycle lanes.

So below is Sadiq Khan’s response, and it’s quite detailed too. It backs up our view at Better Streets of improving the roads, again giving the long-term view of why these improvements need to go ahead.

He also points out the Mini Holland scheme’s benefit to the local economy: “Evidence shows that enhancing the attractiveness of the public realm for walking and cycling will strengthen local economies by reducing shop vacancy, increasing footfall and providing a more diverse use of streets.”

The Mayor also invited David Burrowes to meet the new Walking and Cycling Commissioner Will Norman. Will Norman was up in Enfield last week giving his full support to the cycle lanes. In fact, together with some councillors, they rode the route on their bikes and seemed very pleased with the progress. I hope that if Mr Burrowes is re-elected he does meet Will Norman – I am not sure it will further his aims, but it would show that Mr Burrowes is truly open to debate. I have appended David Burrowes’s letter at the end, together with a link to the RSA that Sadiq Khan referred to. 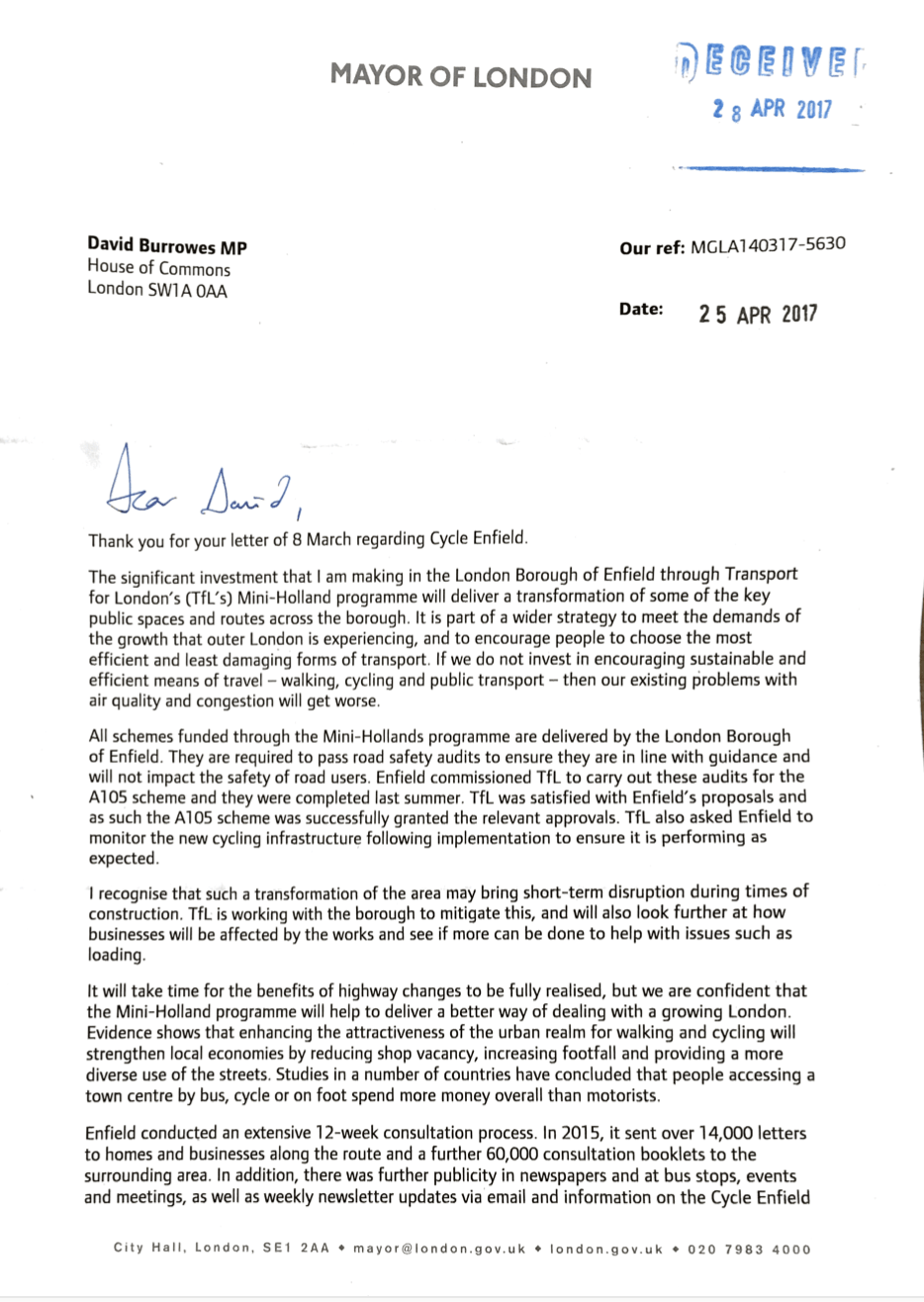 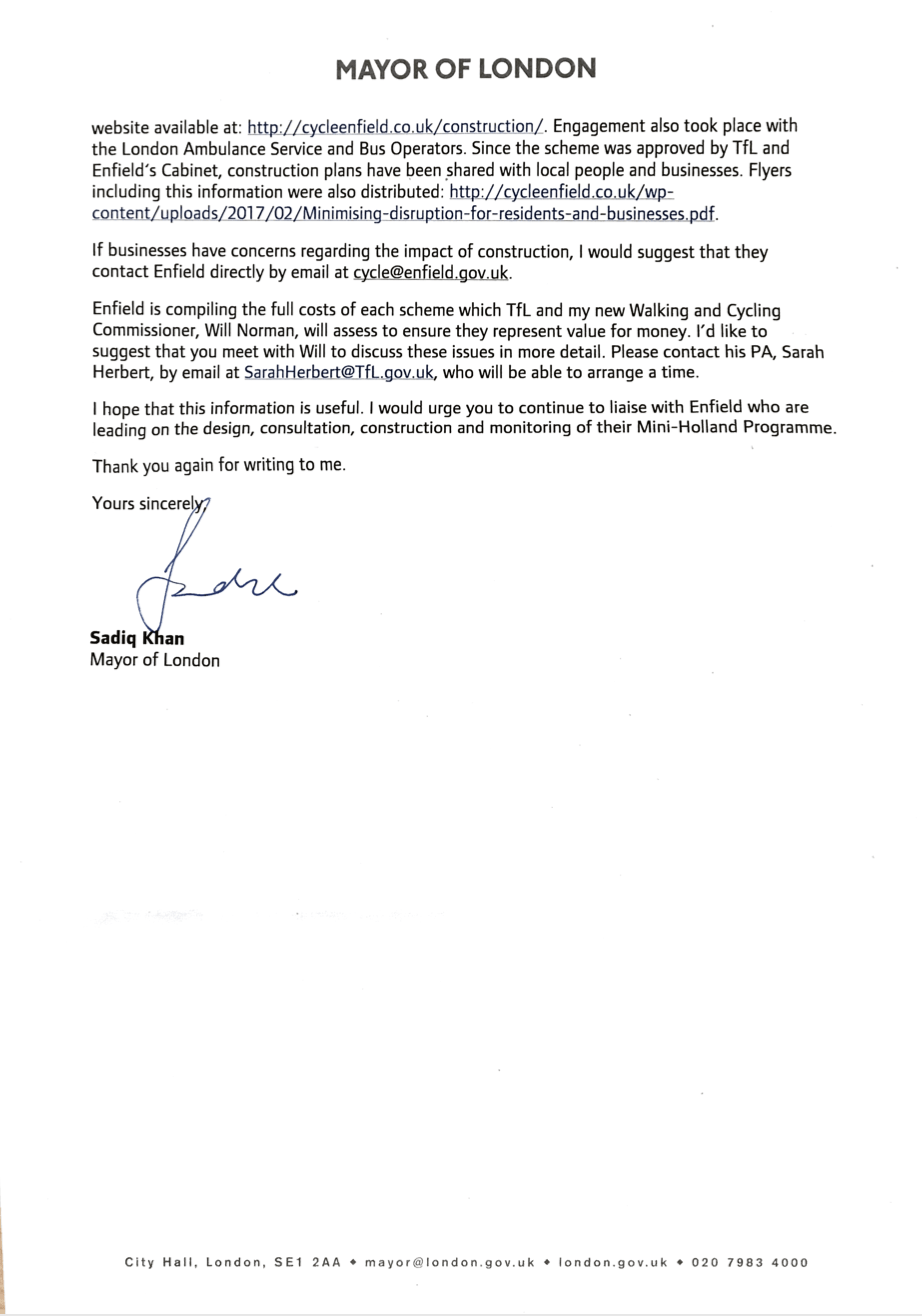 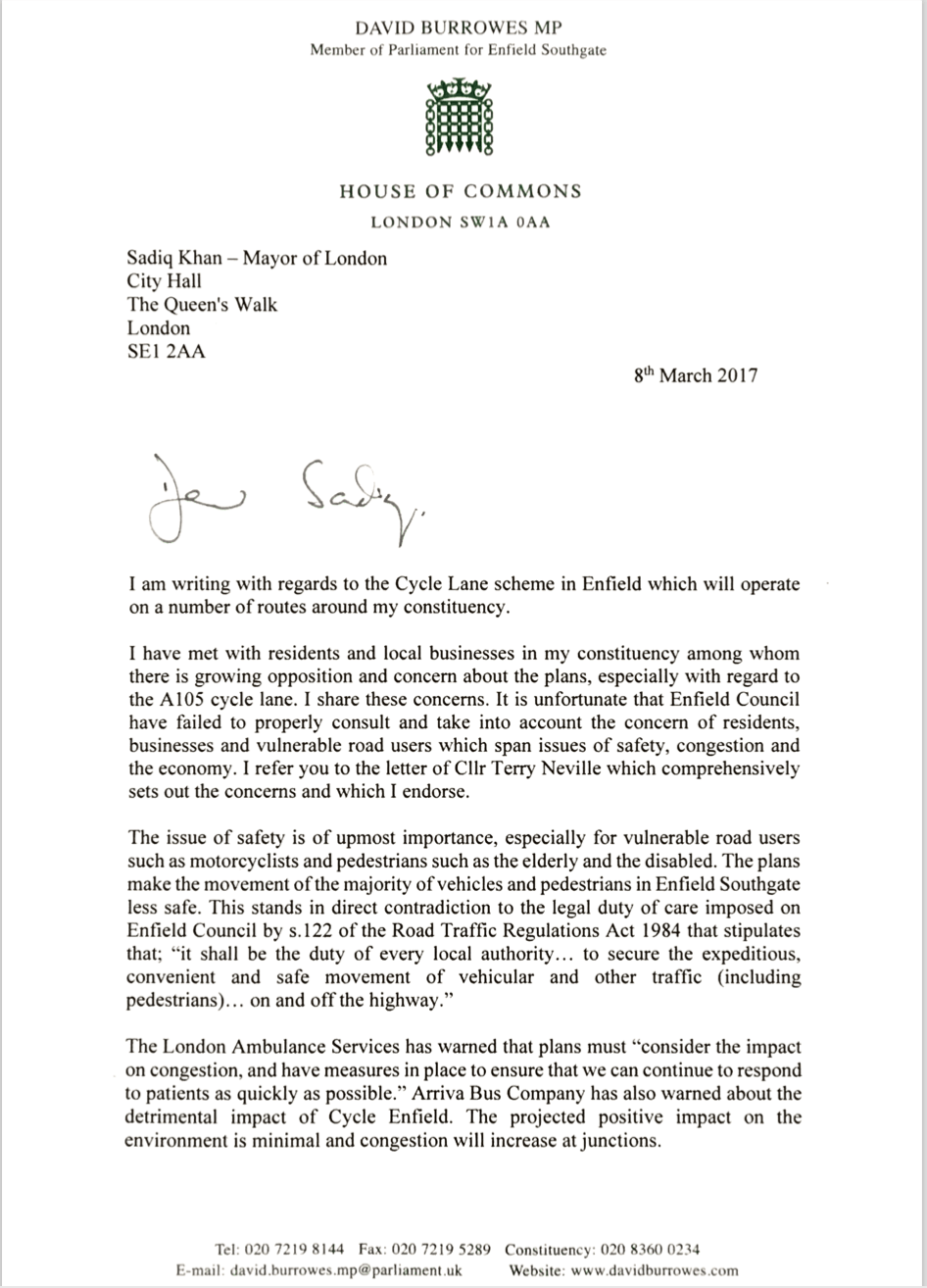 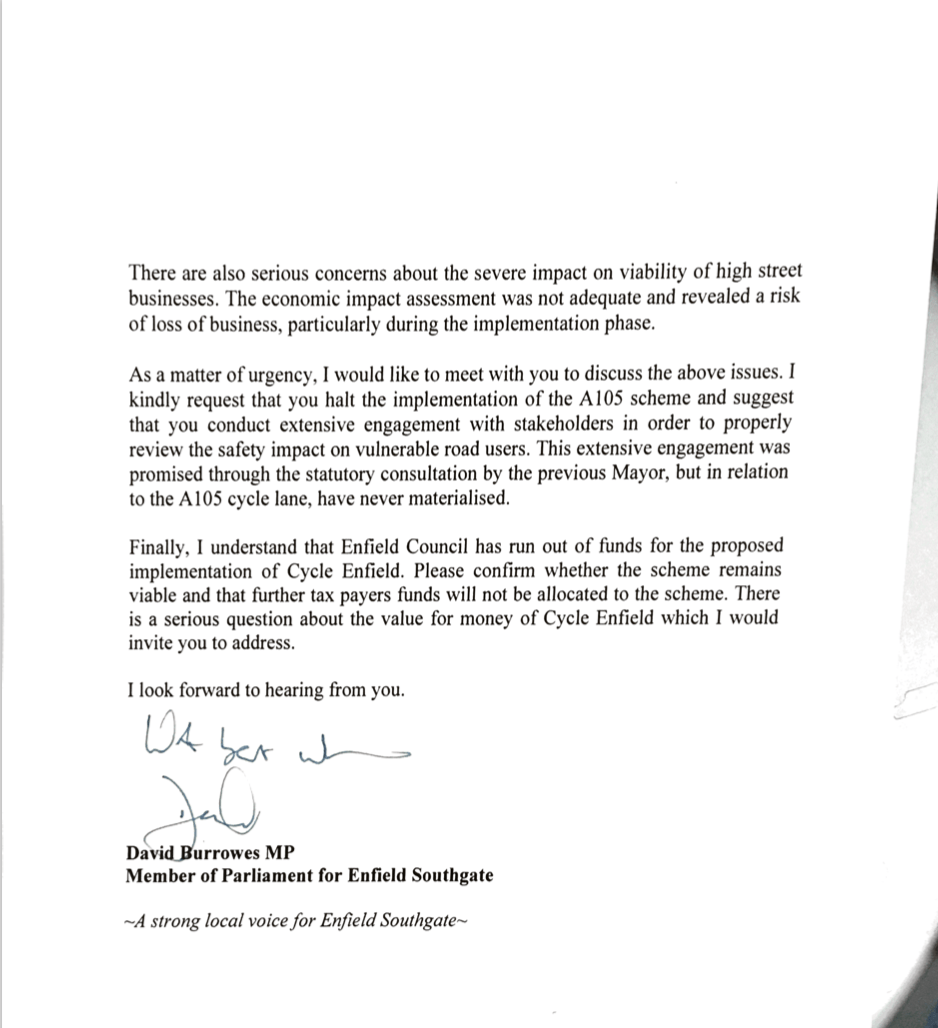 Here is the Road Safety Audit referred to in Sadiq Khan’s letter. http://cycleenfield.co.uk/wp-content/uploads/2016/04/A105-RSA1_with-Client-Response-Final.pdf