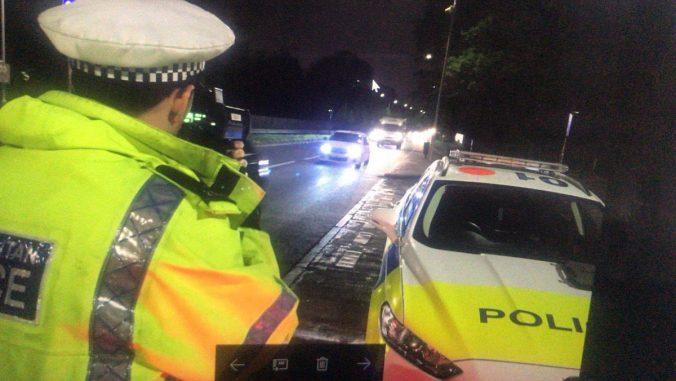 In April we wrote an open letter to Transport for London and Enfield police asking for action on night-time racing on the A10. Not long after, the police began a spectacular campaign to tackle the problem.

For the last four weeks Superintendent Andy Cox, the lead for the Mayor of London’s Vision Zero plan to end deaths and serious injuries on London’s roads, has been leading an intense operation to tackle dangerous driving on the A10. Just as we hoped, he has taken a robust approach – tackling speeding, breaking up racing meets in car parks, seizing vehicles and arresting drivers. The highest speed police recorded on this 40mph road was an unbelievable 127mph.

In a reply to our letter, a Transport for London officer wrote, “As part of our dedication to resolving the danger here and across London, we jointly fund the Roads and Transport Policing Command (RTPC) with the Metropolitan Police Service. Please be assured that we along with the MPS and borough officers, are taking coordinated action to tackle the problem, including enhanced enforcement in the area. The RTPC will be running an intensified operation for the foreseeable future, targeting motorists along the A10 who exceed the speed limit or commit other road traffic offences.“

Residents have been expressing their gratitude, with some saying that they can now sleep on weekend nights for the first time in years.

But what about the speed cameras?

“We are working across London to invest £9.8m in new safety cameras. By working with all London boroughs we are developing robust criteria to help us determine which locations across London should be prioritised for these. However, safety cameras are only one of the ways to tackle speed-related deaths and serious injuries on our roads, and we will continue working with the boroughs and our policing partners to consider all the factors necessary to reduce road danger, in line with our Vision Zero approach to eliminate death and serious injury on the transport network.”

“I am…concerned that this appears to be reneging on a commitment made by Gareth [Powell]’s predecessor Leon Daniels, when a delegation from Enfield led by myself …and Cllr Vicki Pite … back in November 2017, that average speed cameras would be installed over a three-year period.”

We have yet to receive a response.