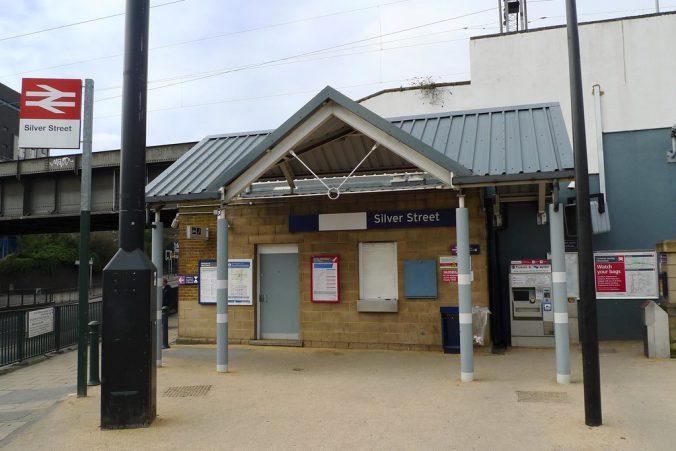 Baz, a resident of Upper Edmonton, writes about the problem of Sterling Way – a road that cuts off a community from its local public transport hub.

Living on Fore Street south of the A406 means many Upper Edmontonians (myself included) must cross the busy Sterling Way to reach the local Overground station and public transport hub, Silver Street. This is a ritual repeated twice a day for many – school children, spurs fans, local people on their way to work out of Upper Edmonton, and commuters on their way to work into Upper Edmonton (at the North Middlesex Hospital and various local businesses).

Sterling Way links Lower and Upper Edmonton to the busy North Circular arterial route, cutting between the two neighbourhoods from east to west. It has been designed with vehicular traffic in mind – the main aim is to allow traffic to filter in and out of Lower/Upper Edmonton. If there is an issue on the A406, or the Fore Street Tunnel (which runs underneath Sterling Way) is closed, the A406 is diverted in its entirety along Sterling Way. People not travelling in vehicles don’t seem to have been considered much at all – being a pedestrian on this street is tough. Car fumes fill your lungs, rubbish blows along the dirty pavement in the wind and you have to dodge traffic which has come off the A406 – often without heeding the change in speed limit from 50 to 30mph.

This is not a council road, but part of the Transport for London (TfL) road network. In order to tick the box for walking provision across Sterling Way, TfL has provided not one, but four sets of light-controlled crossings in sequence, spanning an entire six lanes of traffic across Sterling Way at the junction with Fore Street.

TfL tell me that this crossing is along the ‘desire line’ of people walking up or down Fore Street. This is quite right – but many of us would also like to walk to Silver Street station, and for that, this crossing is really inconvenient. For starters, a pedestrian who wants to get from the south side of Sterling Way to Silver Street station actually has to walk away from the station in order to safely cross the road, then navigate six lanes of traffic and also wait for the four sets of lights to phase properly. One local resident I spoke to told me it takes almost five minutes to cross the road if you’re unlucky with the light timings. Not ideal if you’re trying to catch a train!

No wonder then that people take a more direct route from the south side of Sterling Way to reach the station. This route involves dicing with death across four lanes of traffic, separated by a narrow, uneven strip of kerb between the eastbound and westbound lanes of Sterling Way, and squeezing yourself past the permanently in-use parking bays provided by TfL (once again, prioritising vehicular traffic).

What do Transport for London say?

One Wednesday afternoon I stood and counted no less than 20 people making this dangerous crossing in the space of a minute. There is clearly demand for a crossing here. I wrote to TfL, hoping they’d be supportive of improving pedestrian access to and from the station. I was disappointed by the response.

Our initial investigations indicate that a new crossing at the location you have suggested is also not feasible because of its close proximity to the Lidl car park entrance, narrow central island and the existence of a bus stop on the northern side of the road.

On my second attempt to make them see reason, I got the following reply:

We agree with you that some pedestrians do not use the signalised pedestrian crossing on Stirling Way just west of its junction with Fore Street, and risk crossing straight across Stirling Way from south to north near the bus stop. We have considered erecting guard rails to stop this happening but this is not feasible at this location.

So TfL acknowledge that many people cross unsafely, but rather than facilitate a new crossing point or understand why people are risking their lives, they actually considered making it harder to cross the road – and only stopped short of doing so because it was ‘unfeasible’!

Providing for pedestrians in a car-dominated environment means tackling the status quo, which takes money and vision. Unfortunately TfL seems to lack the appetite to do so in this location. Perhaps that’s because it is on the borders of a neglected neighbourhood and a busy A-road.

This could be a healthier street

Even if there is no appetite to carve up Sterling Way for the benefit of pedestrians, then maybe some money could be invested in creating a pedestrian walkway across the railway bridge over Sterling Way for pedestrians to access their public transport hub safely and conveniently.

Either way, the benefits of a new crossing point here are clear. People will be able to cross the road safely, reducing the risk of injuries, and being able to get to the station more easily encourages people to use sustainable transport. Public health and the quality of air in London are high on the agenda at the moment so TfL has a duty to do all it can to encourage people to walk and use public transport.  Small changes like this will make a big difference to our safety – and boosting the confidence of local people to use their legs!