May 4, 2017 / admin / Comments Off on Winchmore Hill businesses welcome investment in the high street

A group of traders in Winchmore Hill this week described Enfield’s Mini Holland as “a £42 million kick-start for everyone”.

Describing the controversy over cycle lanes as “a fight between two drunks in a pub who’ve forgotten what they’re fighting about” they claim it has overlooked an important benefit of the scheme: regenerating the high street. 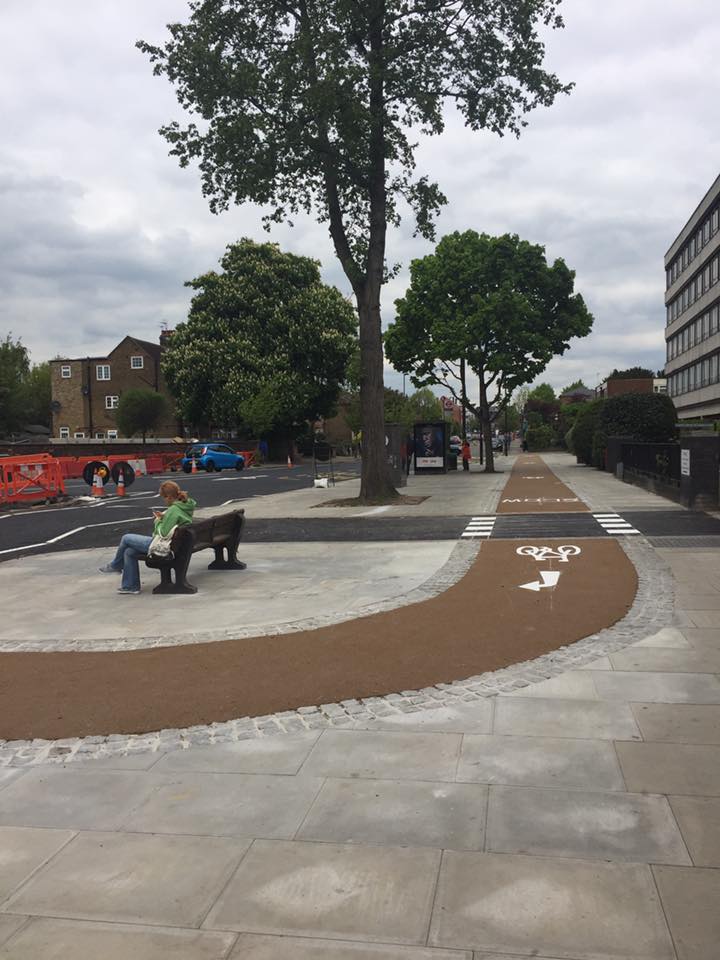 The work on Winchmore Hill high street is nearing completion, with barriers now removed at the north end outside Coffee Break café and new traffic signals in operation outside the Sainsbury’s junction.

Talking to members of Better Streets for Enfield, one Winchmore Hill business owner (who asked not to be named) said that he and about ten other businesses along Green Lanes believe the investment could benefit them. Another trader said that, for instance, much wider pavements would allow cafes to put more tables out, and the planned planting would make the area more attractive. This should boost customer footfall in the area. 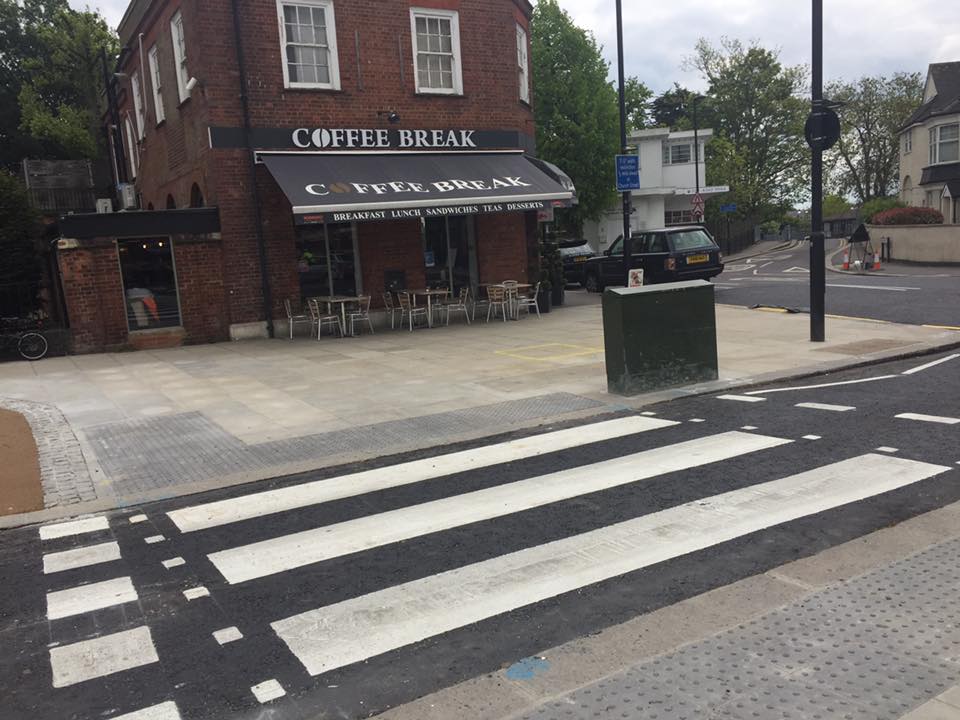 New, much wider pavement outside a Winchmore Hill cafe

Both businesses called on the council to ‘sell’ the benefits, by meeting traders to explain what can happen after the barriers come down.

Cabinet member for business, Cllr Sitkin, said, “We’re always looking to see if there’s more we can do to engage with the high street. I will be talking to businesses to see how we can move forward with a more hopeful view of the future. It’s to the credit of local businesses that they now have the vision to see the opportunities the new spaces are providing.”

Winchmore Hill councillor Dinah Barry has already met the traders and is taking their concerns and ideas to the council. She has supported the scheme from the start. “Cycle Enfield will make our town centres beautiful destinations that will benefit local businesses and residents, as well as improve public health.”

Better Streets for Enfield welcomed the businesses’ positive attitude. Member Hal Haines said, “We’ve lost a lot of time to negative rhetoric from a noisy minority, but we hope to leave that behind and move on together. Mini Holland was always about so much more of Enfield’s future than installing cycle lanes, and it’s marvellous to see that being acknowledged.”